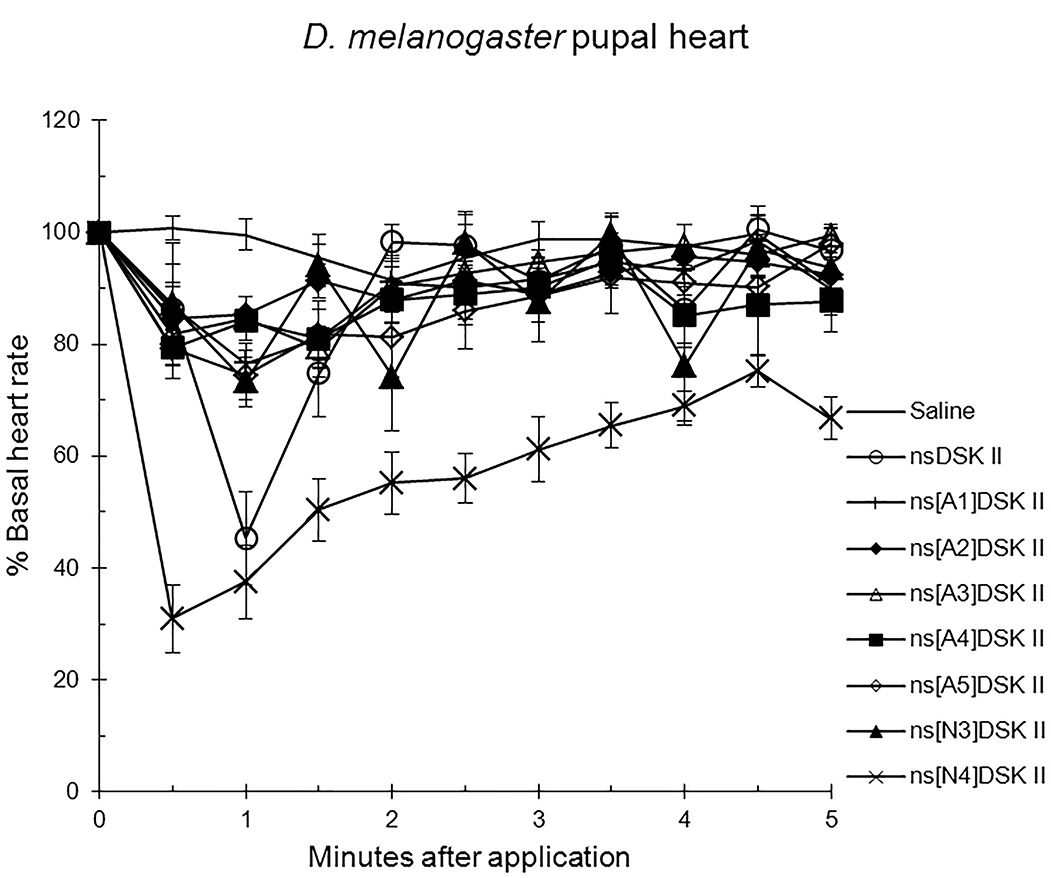 The effects of nsDSK II and analogs on pupal heart rate are reported as % basal heart rate (mean value S.E.M.) where the frequency of contractions before application of a peptide or saline was considered a measure of its baseline value.