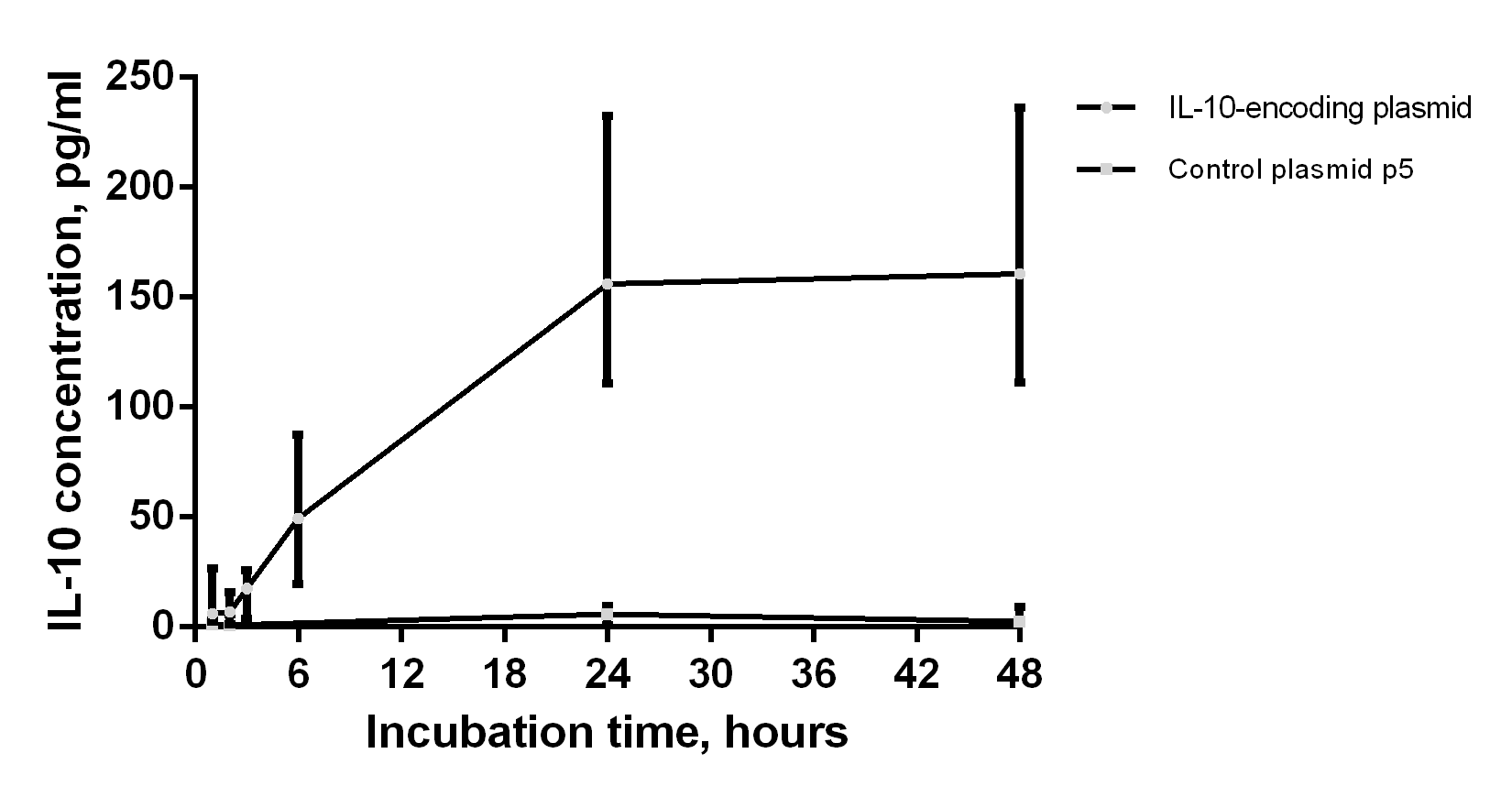 Production of IL-10 by transfected dendritic cells (n = 8). The x-axis corresponds to the number of hours after the pIL-10 DC transfection. Data are presented as median and interquartile range.