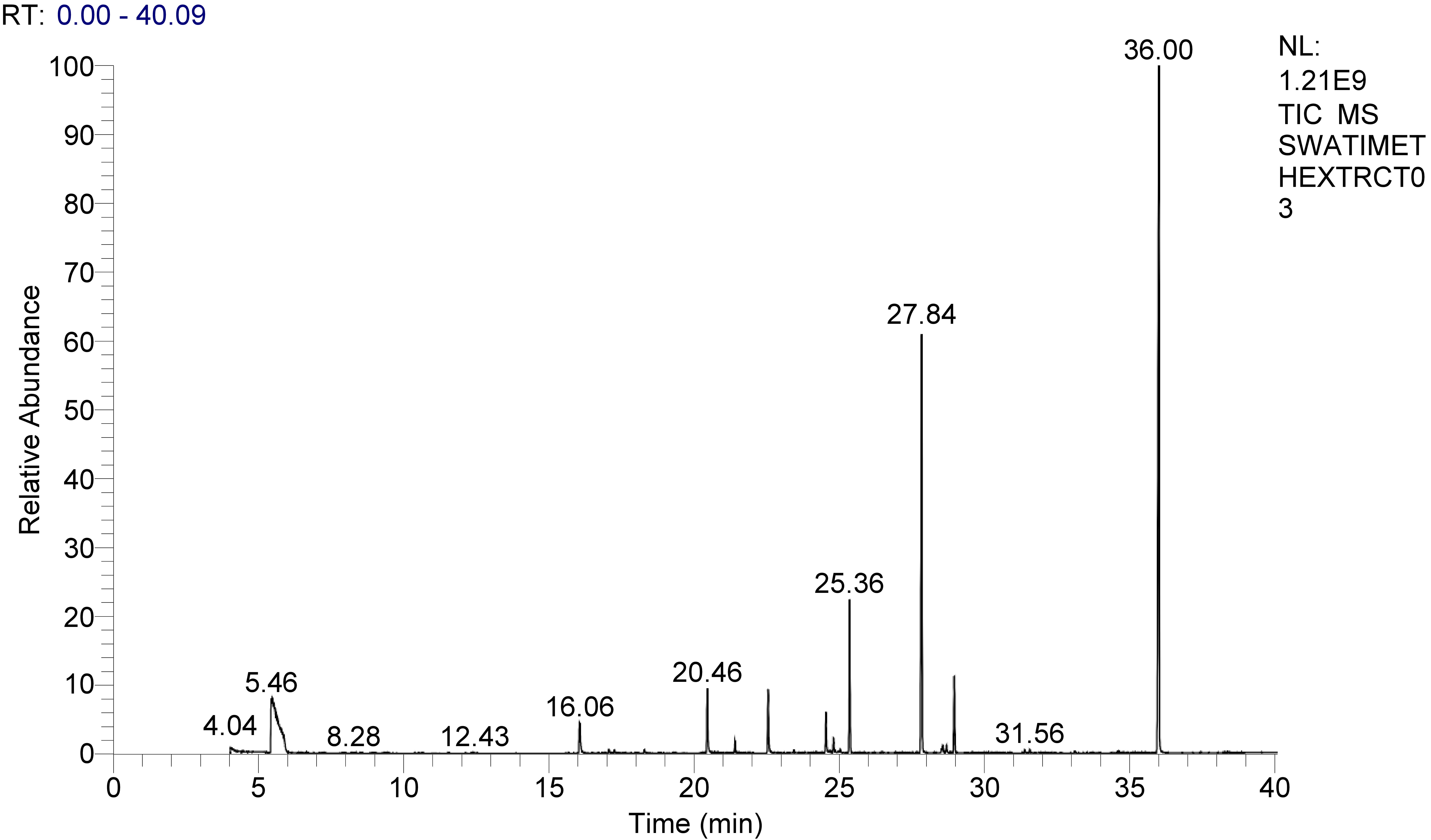 GC-MS chromatogram of ETME. RT signifies retention time of the peaks. The relative abundance of peaks is shown; maximum being at RT value of 36.00.