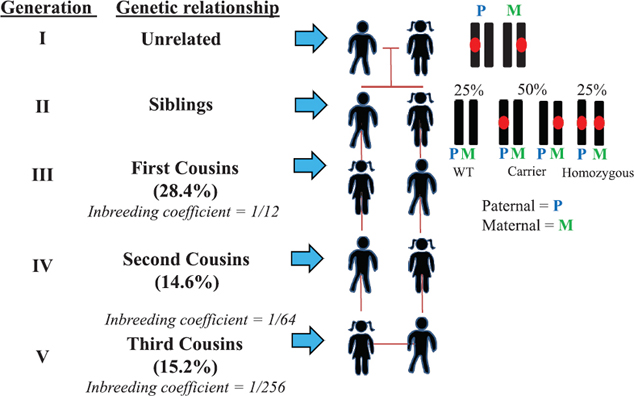 Genetic relationships and the rates of consanguinity in SA. Studies suggest that 57.7% of the families screened in SA are consanguineous (9, 55). The most frequent consanguineous marriages are between first cousins (28.4%), followed by distant relatives (15.2%) and second cousins (14.6%). These rates can differ among provinces. The offspring of consanguineous unions will be at an increased risk of genetic disorders (red dots) because of the expression of autosomal recessive gene mutations inherited from a common ancestor. The inbreeding coefficient denotes the probability that an individual is homozygous for an ancestral allele by inheritance.