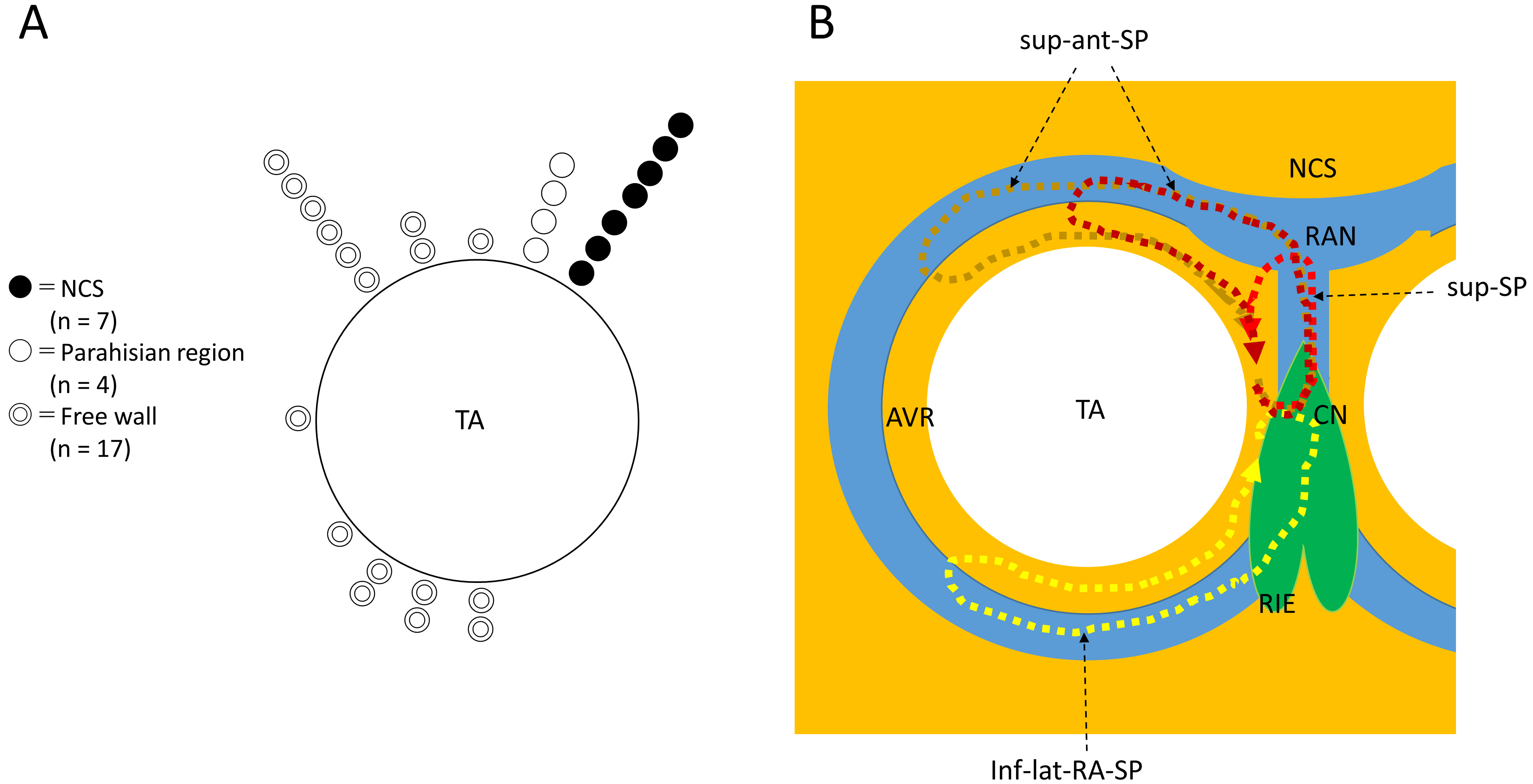 Distribution of the site of earliest atrial activation during fast-slow AVNRT using a superior, superoanterior or inferolateral right atrial SP (A) and schematic illustration of the reentry circuits of an atypical fast-slow AVNRT using variants of SP, the AV ring (AVR) and the retroaortic node (RAN) (B). NCS, non-coronary sinus of Valsalva, TA, tricuspid annulus. (B) The AVR encircling the TA is continuous with the right inferior extension (RIE) of the AV node and with the RAN, just behind to NCS. The inferolateral right atrial slow pathway (inf-lat-RA-SP) is formed by the continuous RIE and AVR, and is used as the retrograde limb of the reentrant inferolateral-type of fast-slow AVNRT. The superior slow pathway (sup-SP), formed by nodal-like tissue connecting the compact node (CN) and RAN, is used as the retrograde limb for the reentrant superior-type of fast-slow AVNRT. The superoanterior slow pathway (sup-ant-SP) is formed by the AVR in continuity with the RAN and the components of sup-SP, and is used as a retrograde limb of the reentry circuit of the superoanterior-type of fast-slow AVNRT.

1 of 8
Cancel
Save
Share
Copy
Cancel
Save
Model Title
Cancel
Save
Share
Back to top
Rev. Cardiovasc. Med. Print ISSN 1530-6550 Electronic ISSN 2153-8174
Disclaimer
We use cookies on our website to ensure you get the best experience. Read more about our cookies here
Accept