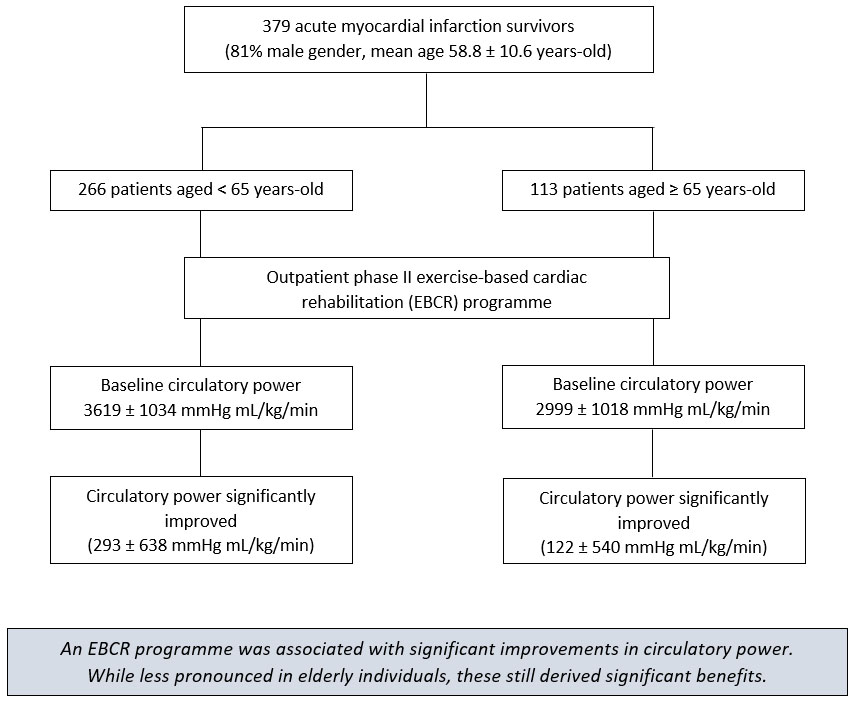 A contemporary EBCR programme was associated with significant improvements in circulatory power (CP) among a group of AMI survivors. While the elderly had lower CP levels at the beginning and the end of the program, and had a smaller increase than younger patients, these still presented significant improvements. These results highlight the relevance of these programmes among these individuals.