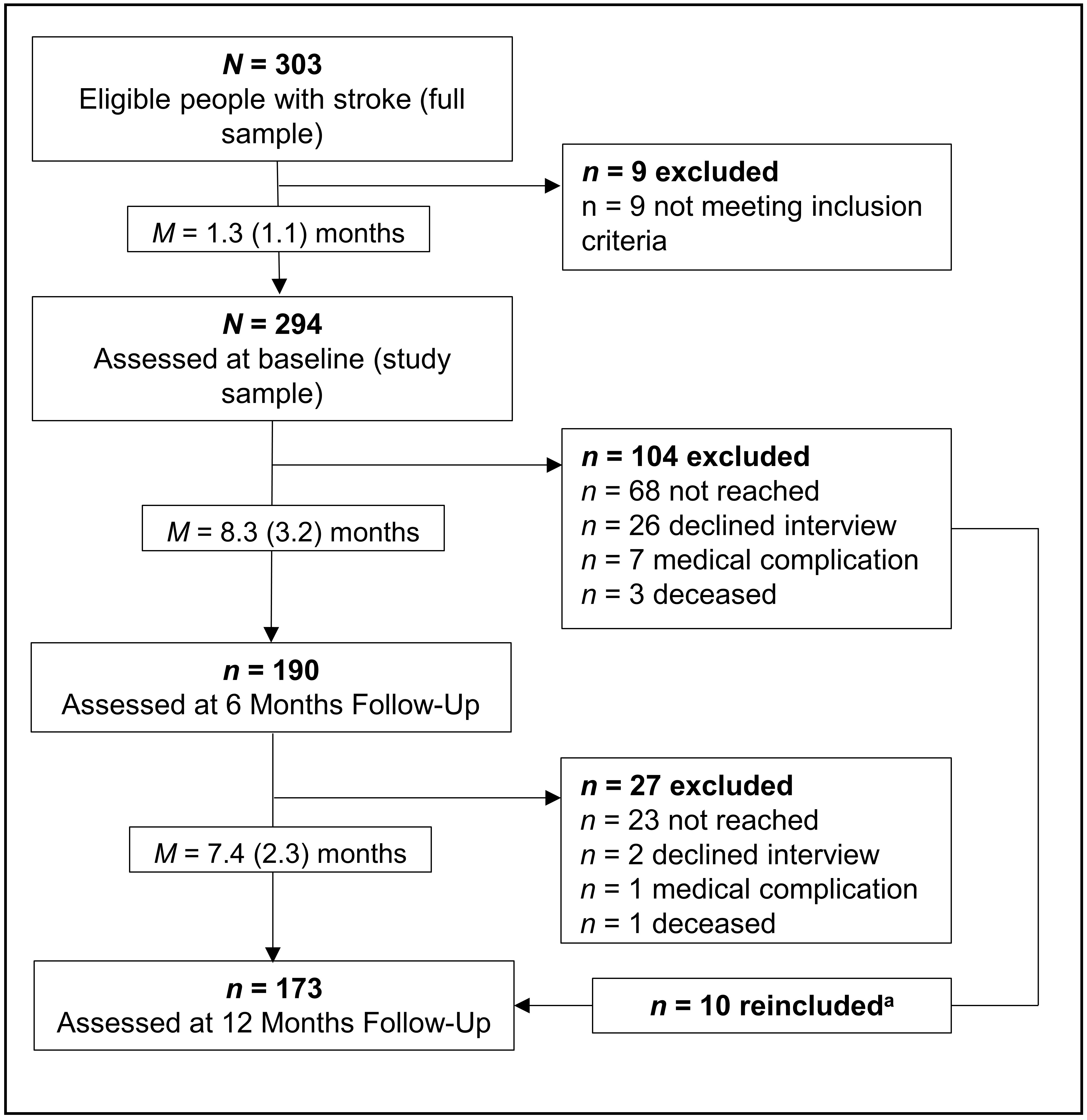 Participation and attrition across all three measurement occasions. Values in brackets show standard deviations. Participants who were not reached or were too impaired at first follow-up were tried to be reached again at second follow-up and reincluded when available.