Endometrial carcinoma is one of the three major malignant tumors in women, accounting for 20%–30% of malignant tumors in the female reproductive tract. In recent years, the incidence rate has been increasing worldwide, mostly in women over 50 years old, and the peak age of onset is 50 to 59 years old [1]. Early stage patients have a better prognosis, with a 5-year survival rate of more than 95%, compared with 17% for stage IV patients [2].

Preoperative accurate staging of endometrial carcinoma is very important for surgical decision and prognosis. The high-risk factors related to prognosis mainly include: pathological type, histological grade, deep myometrial invasion, vascular space invasion, cervical interstitial invasion, lymphatic metastasis, and extrauterine metastasis. Among them, the depth of myometrial invasion is included in the FIGO 2009 staging. The staging standard is divided into IA stage and IB stage according to the depth of tumor invasion. MRI has become an important imaging method for preoperative evaluation due to its high resolution of soft tissues. However, the accuracy of conventional T2W1 for the depth of invasion is still controversial. Some studies believe that the accuracy is 70–80%, and other study is 55–77% [3]. For postmenopausal women, the uterine atrophy, the obscuration of the junction zone, and the thinning of the myometrium layer also make it difficult to evaluate. When the cancer is small, located in the corner of the uterus, or combined with special factors such as uterine fibroids, the value of conventional MRI for judging myometrial invasion is limited. Moreover, a single layer of a two-dimensional MRI image cannot fully reflect the relationship between the lesion and the myometrium layer, because the scan is only a section in a certain direction, and the largest or smallest diameter of the lesion and the uterus may not be synchronized at the same layer.

In recent years, domestic and foreign scholars have tried to further improve the accuracy of preoperative staging through various new imaging methods such as DWI, DCE-MRI, FLASH-3D [4, 5, 6]. However, the above-mentioned studies require injection of contrast agents. Some patients are unacceptable, sensitive to contrast agents, expensive, and scan time increased significantly. 3D-MRI uses software to reconstruct conventional MRI image data into three-dimensional visualization models of tumors and uterus, simulating the real three-dimensional structure of space, and combining two-dimensional images on the basis of the three-dimensional model to determine myometrial invasion. Currently research in endometrial carcinoma is limited.

This study retrospectively included a total of 222 endometrial carcinoma patients confirmed by histology in our hospital from January 1, 2011 to December 30, 2020, and excluded complicated uterine fibroids with diameter 2 cm, FIGO 2009 stage II, and other malignancies. 116 cases were eventually included. All patients underwent pelvic MRI scans within 2 weeks before surgery. This study was approved by the Ethics Committee of Nanfang Hospital of Southern Medical University, and the ethics number is [2013] Review (032). All patients obtained informed consent. All patients underwent surgical treatment of endometrial carcinoma in our hospital (according to FIGO 2009) and had complete clinical data, including patient general information, preoperative examination results, surgical records, postoperative pathology, and postoperative diagnosis and treatment plans.

Import the DICOM format MRI data into Mimics 21.0 (Materialize Co., Belgium) software, and outline ROI area of the images at all levels, including the uterus and lesions, and reconstruct a complete three-dimensional model. Obtain the volume and surface area of the tumor and the uterus, and calculate: TVR = tumor volume/uterine volume, TAR = tumor surface area/uterine surface area. Considering that we only analyze myometrial invasion of endometrial carcinoma, the cervix is not counted.

Two senior imaging physicians and one obstetrician and gynecologist jointly made the evaluation. If the binding zone is visible and the endometrial surface is smooth and continuous, then there is no myometrial invasion. If the junction zone between the inner membrane and the myometrium layer is irregular or incomplete, the myometrium layer is considered to have been invasion. If the signal intensity of the tumor at the T2W1 level is greater than half, it is considered to be a deep myometrial invasion [7]. 3D-MRI’s transparency, contrast, rotation, measurement and other functions, combined with two-dimensional images, to make evaluations together as shown in Figs. 1,2. 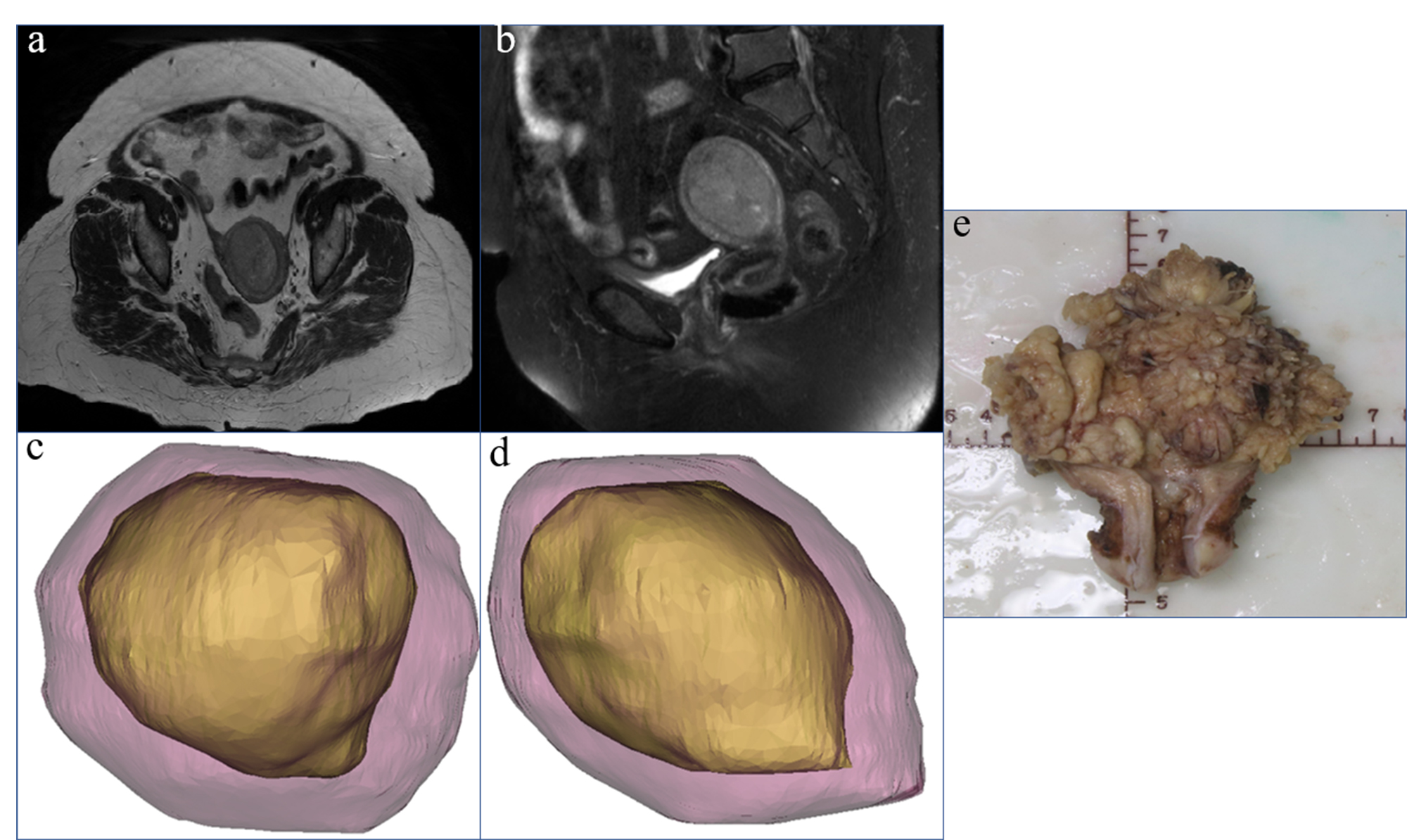 Table 1.General characteristics of patients with endometrial carcinoma.
3.2 Analysis of the Diagnostic Results of Conventional MRI and 3D-MRI

Taking the postoperative pathological results as the gold standard, comparing the evaluation results of conventional MRI and 3D-MRI, the results showed that the accuracy and specificity of 3D-MRI in diagnosing deep myometrial invasion were better than conventional MRI (p 0.05), and there is no significant difference in sensitivity, PPV, NPV (p 0.05). In the diagnosis of myometrial invasion, 3D-MRI is more accurate (Table 2).

Table 3.Analysis of three-dimensional parameters on the depth of myometrial invasion of endometrial carcinoma.
4. Discussion

The study reconstruct three-dimensional, visualized three-dimensional models on the basis of conventional MRI, simulate the real three-dimensional structure of space, and combine two-dimensional images on the basis of the three-dimensional model to evaluate tumor invasion. The results confirmed that the accuracy and specificity of 3D-MRI in the diagnosis of early endometrial cancer myometrial invasion is better than conventional MRI (p 0.05). Next, the study analyzed the parameters measured by 3D-MRI, including tumor volume and surface area, uterine volume and surface area, TVR, and TAR. The results showed that there was no difference in pure tumor volume or tumor surface area between stage IA and stage IB. Statistically significant (p 0.05), while TVR and TAR both showed significant statistical differences (8.05 0.66 vs. 19.12 3.20, p 0.01; 21.38 1.04 vs. 35.15 3.42, p 0.01). Further analysis, the area under the ROC curve of TVR AUC = 0.738, p 0.01, and the best cut-off value is 13.59%. The area under the ROC curve of TAR is AUC = 0.770, p 0.01, and the best cut-off value is 27.41%. As far as the author knows, this study is the first to use 3D-MRI to evaluate preoperative staging. Some scholars use third-party software to construct a three-dimensional model of the uterus and tumor, but the model fails to visualize the anatomical position relationship, and then Cannot evaluate better and more accurately [8].

The depth of myometrial invasion of endometrial cancer has always been the focus of clinicians, and it is also an important factor in determining FIGO staging and prognosis. For young patients who want to preserve fertility, no myometrium invasion and, at most, a superficial myometrial invasion [9]. Studies have shown that on conventional MRI sequences [10], when the largest tumor diameter is greater than 2 cm, the probability of deep myometrial invasion increases by 10.04 times (95% CI 3.34–30.17, p 0.001). It is considered that the preoperative MRI shows the largest tumor diameter may be a prognostic indicator of deep myometrial invasion in patients with endometrial carcinoma. However, it is obviously not enough to only consider the diameter of the tumor. For patients with a larger uterus, even if the tumor is large in diameter, it may still be limited to the superficial myometrium.

There are also scholars who had used the new imaging technology to study this problem. Liu , Reyes-Pérez and other scholars calculated the apparent diffusion coefficient (ADC) of diffusion-weighted imaging (DWI), and they all believed that the ADC value was related to the tumor histological grade and the depth of myometrium invasion [11, 12]. Yamada found that diffusion tensor imaging (DTI) is useful for evaluating the depth of tumor invasion and histological grading in EMC patients. The results of the study showed that the FA map of all patients clearly identified the junction area as a high FA area (0.864 0.037), which was significantly different from the endometrium and outer myometrium layer (0.251 0.030 and 0.471 0.091, p 0.001) [13]. The AD image has the best effect on tumor-uterine imaging. The AD value of EMCs (0.977 0.120 10 mm/s) is significantly lower than other layers of the normal uterine wall (2.166 0.408, 2.010 0.289, 2.655) 0.203 10 mm/s); p 0.001). The EMCs and the normal uterine wall are clearly demarcated, and the DTI map and histopathological data show that the depth of tumor invasion is the same. The FA value was significantly negatively correlated (r = –0.818; p 0.001, endometrioid adenocarcinoma with histological grades 1, 2, and 3. Zhang found that three-dimensional magnetic resonance elastography (MRE) can be measured, the tumor stiffness may help predict the tumor grade, FIGO stage, and myometrium invasion of endometrial carcinoma [14]. The results indicate that the tumor stiffness of patients with deep myometrial invasion of endometrial cancer (n = 6) was significantly higher than that of superficial myometrium Infiltrators (n = 9) (3.68 +/– 0.59 kPa vs. 2.61 +/– 0.72 kPa, p = 0.009). Using 3.04 kPa hardness as a cut-off value to distinguish between deep and superficial myometrial invasion has a sensitivity of 100% and a specificity of 77.8%. Li used FLASH-3D to perform preoperative staging on 48 patients with endometrial cancer, and the results showed that the sensitivity, specificity, and accuracy of deep myometrial invasion were 84%, 90%, and 88%, respectively, compared with postoperative pathological results, the difference was not statistically significant (p 0.05) [6]. Guo, Y et al. [4] found that compared with T2-weighted magnetic resonance imaging (T2WI), T2-weighted magnetic resonance imaging and DWI, the diagnostic accuracy of T2WI-DWI for myometrium invasion was significantly improved (77.6% vs. 94.8%). Enhanced magnetic resonance imaging (DCE-MRI) has also been used as a new method in gynecological malignancies. Fasmer believe that DCE-MRI is a valuable supplement to traditional MRI, which can provide preoperative predictions [15]. However, the above-mentioned studies need to be imaged by injection of contrast agents, which needs to consider patient compliance, drug sensitivity, and the synchronization and advancement of imaging equipment.It is difficult for many local hospitals to achieve this level.

Similar to our study, Yan discussed the application value of TAR in predicting the deep myometrial invasion and tumor grading of stage I endometrioid adenocarcinoma [16]. This study measured the maximum tumor diameter in three orthogonal planes. Obtain the tumor volume and area, and the results show that TVR and TAR values can be used to distinguish deep and superficial myometrial invasion (p = 0.000). However, the study calculated the volume and area under the assumption that the tumor is a spherical shape. This is obviously inconsistent with the real situation. Whether it is a uterus or a tumor, it is often presented in an irregular three-dimensional shape. The study measured volume obviously exceeds the real tumor volume.

Therefore, in our research, we reconstruct a three-dimensional model close to the real state after ROI outline, and calculate the volume by voxel measurement on the software. The result is more accurate and can reflect the myometrial invasion. The depth of tumor invasion and anatomical structure changes can also be intuitively judged by adjusting the blurred 3D model.

Our research has the following limitations. First, there is a certain degree of subjectivity in the delineation of the tumor ROI area, even for experienced radiologists, there are certain errors; second, the use of software requires a time curve. This requires a process for the popular use of older doctors, but skilled users generally only need 5–10 minutes.

This study was approved by the Ethics Committee of Nanfang Hospital of Southern Medical University, and the ethics number is [2013] Review (032).

The study was supported by the National Natural Science Foundation of China (grant no. 81571422).