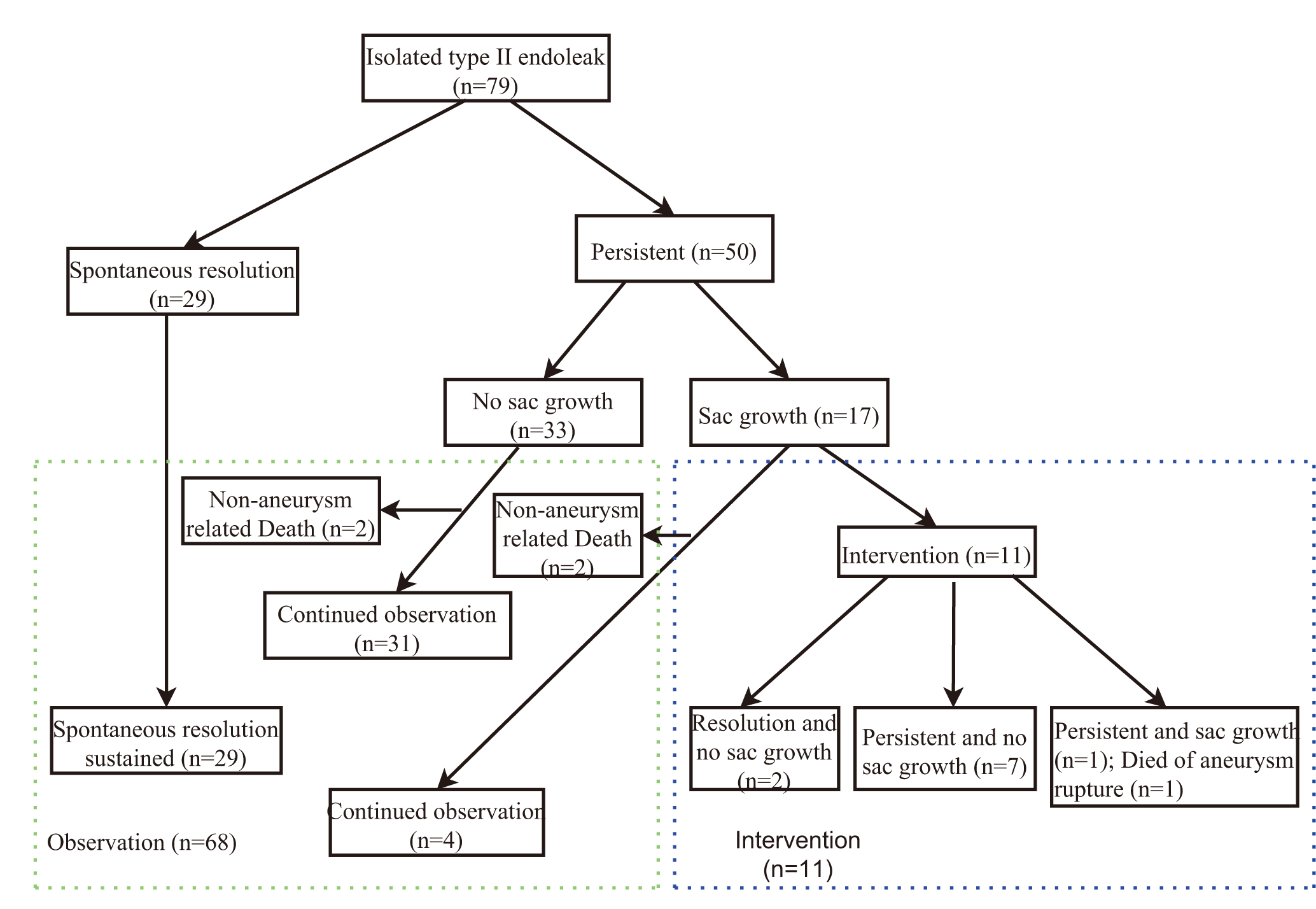 Management and outcome of patients with type II endoleaks (T2ELs). Isolated T2ELs were identified in 79 patients. Spontaneous resolution of T2ELs was identified in 29 patients (36.7%, 29/79). Persistent T2ELs were observed in 50 patients (63.3%, 50/79). No sac growth was seen in 33 patients (66%, 33/50) and these patients were managed conservatively. The remaining 17 patients (34%, 17/50) showed significant sac growth. Six of them declined intervention due to various reasons and the remaining 11 patients underwent interventional embolization for T2ELs. Following the embolization, 2 patients had complete resolution of T2ELs and 9 patients had persistent T2ELs. Among the patients with persistent T2ELs, 2 patients (2/9) still showed progressive sac growth, and one of them died from aneurysm rupture; the remaining 7 patients (7/9) showed no sac growth.