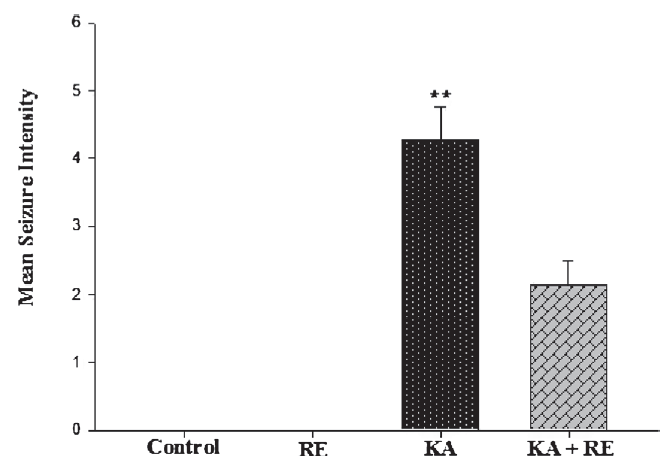 Effect of KA (kainic acid) with or without RE (rosemary extract) on occurrence and intensity of seizure. Subjects in the control and RE groups received vehicle and rosemary extract, respectively. There was no sign (score 0) of the occurrence of seizure in these subjects. Other groups received KA alone (KA group) or with RE (KA+RE group) and were evaluated for signs of seizure. **p < 0.01 compared with the KA+RE group.