cPKCβII is significant to hypoxic preconditioning in mice cerebrum

Stroke causes significant morbidity and mortality worldwide, for which no satisfactory preventive option currently exists. Hypoxic preconditioning (HPC) is a protective strategy for cerebral ischemic stroke. To this end, we have identified, Conventional protein kinase C (cPKC)βII to play an important role in HPC. Pathway analysis and protein–protein interaction network building and functional proteomic exploration was used to identify 38 proteins in 6 Kyoto Encyclopedia of Genes and Genomes pathways that interact with cPKCβII in brains subjected to HPC. The role of the oxidative phosphorylation pathway was confirmed by experimental validation, and the demonstration that the activity of the complex I and complex V and expression and activity of Ndufv2 and ATP5d was increased. Ndufv2 was co-localized with PKCβII in neurons rather than glial cells. Together, these data show that Ndufv2 and the oxidative phosphorylation pathway play an important role in cPKCβII-related HPC mediated signalling, likely as an adaptive neuroprotective mechanism. 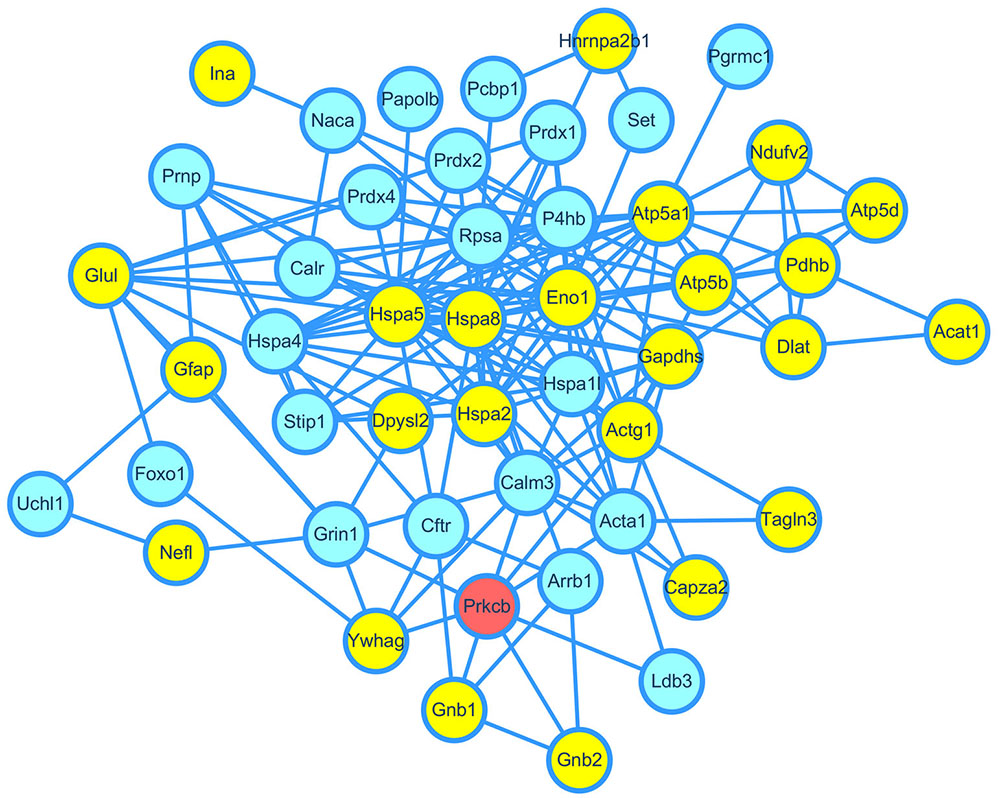