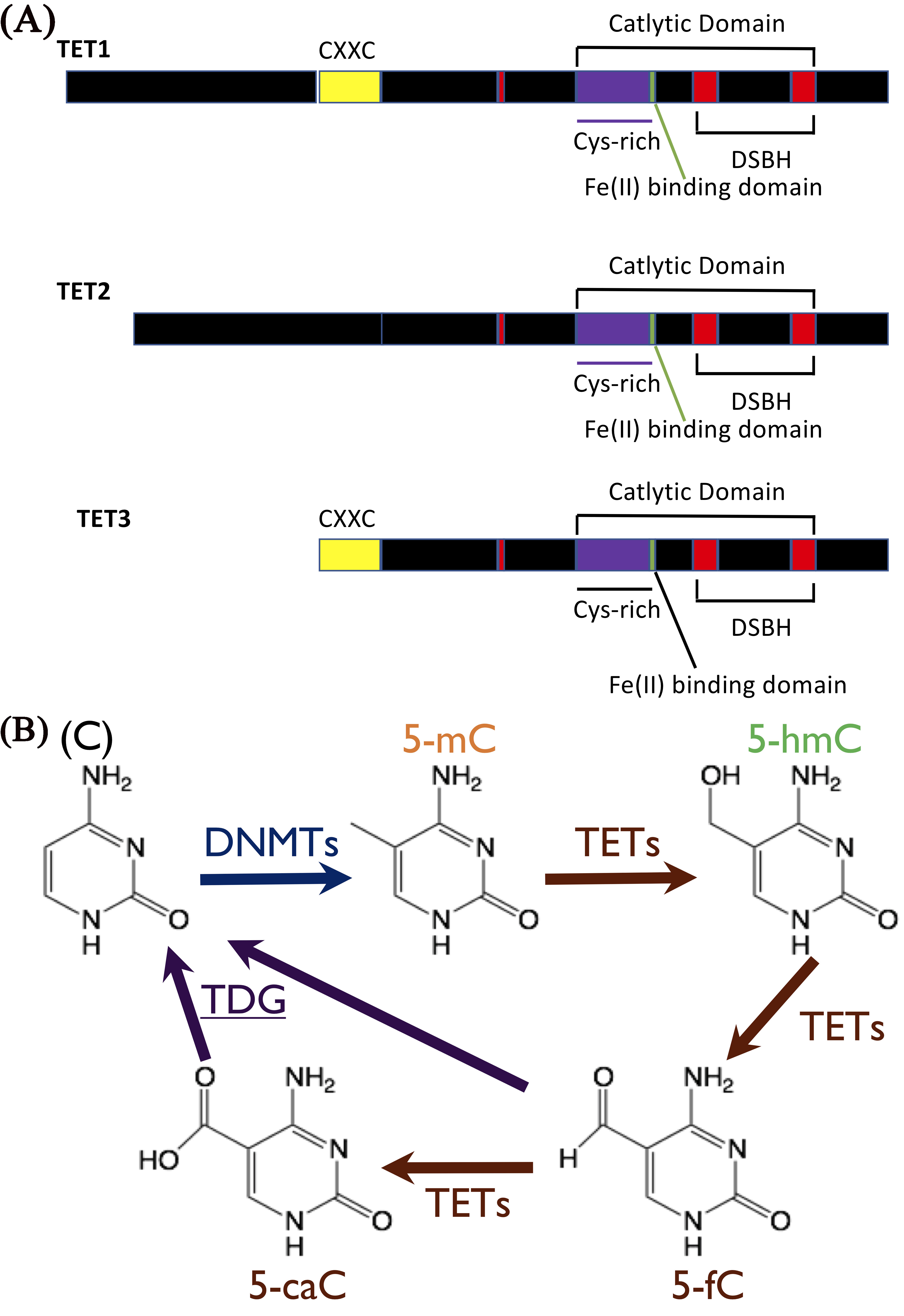 Structure of ten-eleven translocation proteins (TETs) in mammals and TETs-mediated hydroxymehtylation. (A) TETs, including TET1, TET2, and TET3, incorporate a catalytic domain (CD) that harbors a double-stranded -helix DSBH domain (DSBH) and a Cys-rich domain. A CXXC-type zinc finger domain is located at the N-terminal of TET1 and TET3 but not TET2. In the C-terminal of the TETs, there is a Fe (II) binding domain located inside of the CD. (B) Hydroxymehtylation of 5-mC by TETs. DNMTs function as writer for generation of 5-mC for 5-C, and TETs catalyze oxidation of 5-mC to 5-hmC and the further dropwise derivatives 5-fC and 5-caC.