Symptoms range from mild to severe and include hyperosmia, rhinitis, weakness, headache, dizziness, anxiety, insomnia, amnesia, nausea, vomiting, pyrosis, diarrhea, rash, itch, muscle pain, joint discomfort, and nerve complaint [10]. In this regard, it has been reported that the inhalation of hydrocarbons can cause hyperosmia, most likely due to the destruction of dopaminergic olfactory neurons [11]. Often a concomitant food intolerance is reported, like celiac disease, gluten sensitivity or lactose intolerance [10].

Historically, MCS was proposed as a distinct entity by the American allergist Theron Randolph (1906 - 1995) in the 1950s; in the years to follow, an association with fibromyalgia, chronic fatigue syndrome, sick building syndrome, Gulf War syndrome, and post-traumatic stress disorder was noticed, with which it seems to share an immune dysfunction and biochemical alterations due to elevated nitric oxide/peroxynitrite mechanism, at the basis of the symptomatology [12,13]. It has been proposed to group these disturbances into the category of “subjective health complaints”, while some authors consider them the expression of a masked depression or, directly, a somatoform disorder [14,15]. However, polymorphisms in genes involved with chemicals metabolism, such as cytochrome P450 2D6 (CYP2D6), N-acetyltransferase 1 (NAT1), N-acetyl-transferase 2 (NAT2), paraoxonase 1 (PON1), paraoxonase 2 (PON2), and methylenetetrahydrofolate reductase (MTHFR), have been advanced to interpret the different susceptibility to them [16]. Moreover, two recent reviews have suggested that organic abnormalities in the olfactory sensors and a hyperactive limbic system, combined with peculiar personality traits, can best explain MCS [17,18].

The limbic system (from the Latin limbus - border), also known as paleomammalian cortex, is in fact a primordial system of neuronal circuits that control fundamental functions of the individual, such as olfaction, behavior, emotion, and memory [19]. In practice, it represents the brain area where the subcortical structures interact with the cerebral cortex, in order to ensure the integration between the autonomic nervous system and the neuroendocrine one [20]. From this, it is clear that an alteration in the olfactory bulb or inside the limbic system triggers a neurovegetative response (Figure 1). Epidemiological observations suggest that MCS, even if underestimated, has a 2-3% prevalence in the general population and that women are more significantly at risk to develop the disturbance: about 80% of affected patients are in fact women aged 30-50 at time of diagnosis [21]. Is it therefore reasonable to include hormonal imbalance in the pathogenesis of MCS? On closer inspection, many women present with hyperosmia during two other common female conditions, i.e. pregnancy and menstrual migraine, both accompanied by well known neurovegetative symptoms [22, 23]. The assumption of methotrexate in patients with a history of migraine has also been associated with the appearance of hyperosmia [24]. In 2018, the first Italian conference on MCS was held in Modena, during which the international state of the art, future prospects of medicolegal accreditation, and therapy were addressed [25]. Today, MCS diagnosis is still a diagnosis of exclusion and the therapy is mainly based on antihistamine drugs and antidepressants, together with the avoidance of the triggering substances. In the modern era of P4 (predictive, preventive, personalized, and participatory) medicine, the aforementioned Italian event represents the first step towards a deeper knowledge of MCS and of its integrated therapeutic approach. 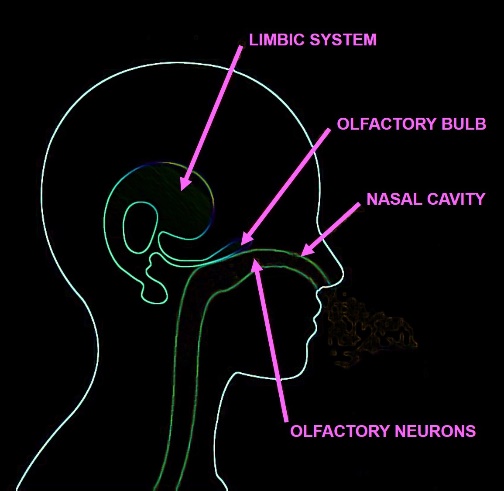