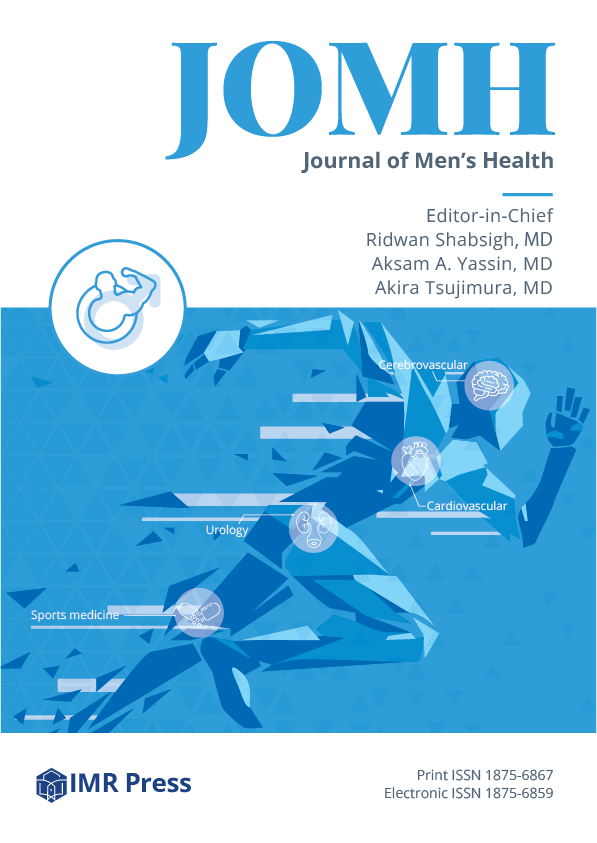 Journal of Men’s Health (JOMH) is published by IMR Press from Volume 17 Issue 1 (2021). Previous articles were published by another publisher on a subscription basis, and they are hosted by IMR Press on imrpress.com as a courtesy and upon agreement with Dougmar Publishing Group.

*Author to whom correspondence should be addressed.

To investigate the usefulness of digital rectal examination (DRE), a cost-effective and simple way to mea-sure prostate volume versus transrectal ultrasound (TRUS), and the gold standard method for measuring prostate volume.

From 2018 to 2019, a total of 580 patients who underwent DRE and TRUS for the initial evaluation of benign prostatic hyperplasia (BPH) were included in this study. DRE was performed twice at two appointments by a single urologist, and TRUS was performed once by a single radiologist. The patients were divided into seven groups according to TRUS-estimated prostate volume (A, <30 cc; B, 30–39 cc; C, 40–49 cc; D, 50–59 cc; E, 60–69 cc; F, 70–79 cc; G, >80 cc). We investigated the agreement between the TRUS and DRE measurements.

There was a high percent agreement of DRE and TRUS in groups B–D (84.6, 84.1, and 79.1%, respectively). The highest over- and underestimations of prostate volume on DRE were 23.1 and 79.5% in groups A and G, respectively. In the Bland–Altman plot, the mean difference between TRUS and DRE in group A–D was closer to zero-line than that in groups E–G. The variability in differences between TRUS and DRE in groups A, B, and C was lower than that in groups D, E, F, and G.