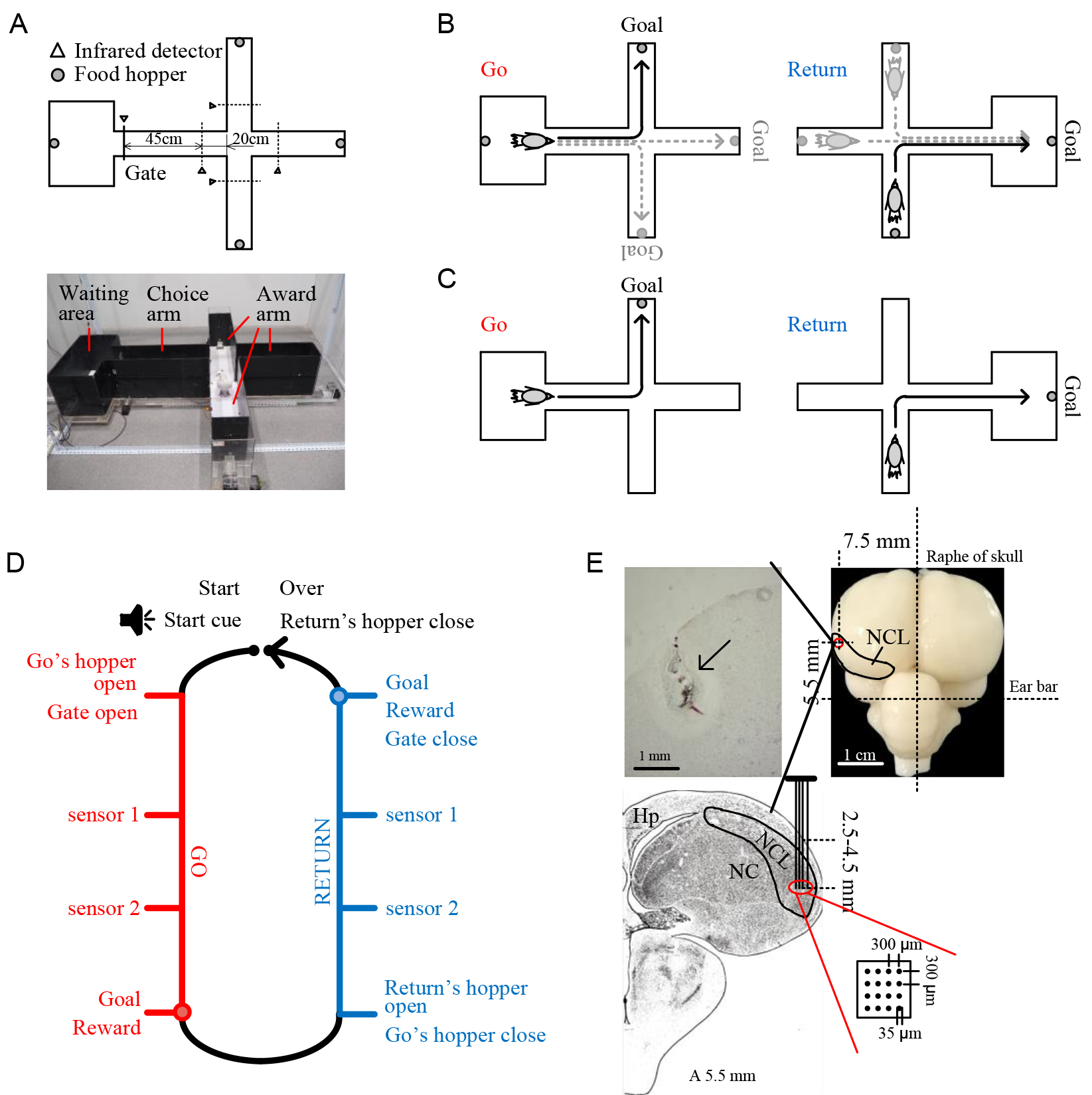 Behavioral task and experimental procedures. (A) Diagram of experimental apparatus for pigeon. The infrared detector on the choice arm was defined as sensor 1, an infrared detector on the award arm was defined as sensor 2. (B) Diagram of the random-goal task. (C) Diagram of the fixed-goal task. (D) Experimental procedure. The red line represents going, and the blue line denotes returning. The arrow represents the direction of movement. (E) Implanting location of microelectrode array, which is denoted by red circle.

1 of 6
Cancel
Save
Share
Copy
Cancel
Save
Model Title
Cancel
Save
Share
Back to top
J. Integr. Neurosci. Print ISSN 0219-6352 Electronic ISSN 1757-448X
Disclaimer
We use cookies on our website to ensure you get the best experience. Read more about our cookies here
Accept