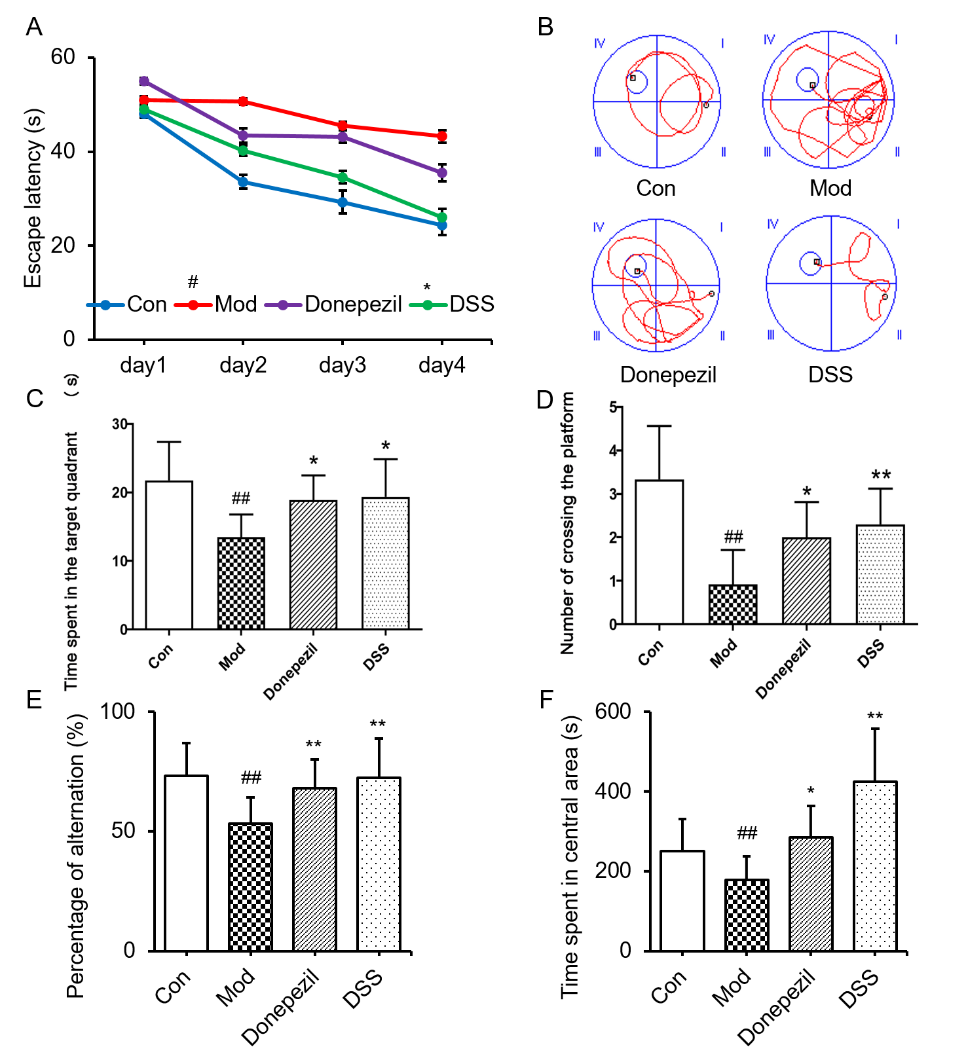 DSS alleviates the cognitive disorders in APP/PS1 mice. (A–D) Morris water maze test: Escape latency (A) and pathway (B) during platform trials, time spent in the target quadrant (C) and the number of crossing through the platform (D) in the probe test. Percentage of alternation (E) in the Y-maze test. The time spent in the central area (F) in the open field test. The escape latency was shown as mean SEM. Other data were shown as mean SD. Compared with the control group, P 0.05 or P 0.01, compared with the model group, *P 0.05 or **P 0.01. N = 10~12 in each group.