Atrial fibrillation (AF) is the most common type of cardiac arrhythmia worldwide. It causes a significant burden to patients, physicians, and the health care system owing to its high morbidity and mortality, including heart failure, death, thromboembolism (e.g., ischemic stroke and systemic emboli), and subsequent anticoagulation-related bleeding events [1, 2, 3, 4]. AF is prevalent in patients with cancer and may be present during anticancer treatment, at the time of diagnosis, or even a period of time after cancer therapy [1]. However, the mechanisms underlying the association between cancer and AF remain unclear [5].

Cancers are associated with an increased risk of thromboembolism due to multiple risk factors, such as hypercoagulability, overproduction of inflammatory cytokines, and compression or invasion of blood vessels [6, 7]. However, patients with active cancers are also at higher risk of bleeding, possibly due to endothelial dysfunction, thrombocytopenia, or thrombocyte dysfunction, especially during anticancer therapies [5]. These opposing characteristics challenge the clinician on how to best manage the hypercoagulable state without causing major bleeding.

Currently, there is no consensus on the use of oral anticoagulants (OACs) to prevent thromboembolism in patients with active cancer and AF. Additionally, it is indicated that the popular AF risk-stratification models, namely, the CHA₂DS₂-VASc and HAS-BLED scores, may not be appropriate for cancer patients with AF to predict the risk of AF-related thromboembolism and OAC-related major bleeding events, respectively [8, 9]. Therefore, this retrospective cohort study was conducted to verify the applicability of the CHADS-VASc score and to assess the efficacy and safety outcomes of OAC therapy in active-cancer patients with AF.

Patients who met all the following criteria were included: (1) age 20 years; (2) diagnosis of active cancer and AF; and (3) follow-up for at least three months or longer after the diagnosis of cancer. Patients were excluded if one of the following criteria were met: (1) end-stage renal disease on dialysis; (2) severe hepatic disease; and (3) high-risk thrombophilic conditions, such as antiphospholipid syndrome and severe thrombocytopenia (platelet count 20,000/L). All enrolled patients were followed-up until July 2021 or until the date of death. The prescriptions for oral anticoagulants (OACs), including direct oral anticoagulants (dabigatran, rivaroxaban, apixaban, and edoxaban) and vitamin K antagonists, were also recorded. After propensity score matching, cancer patients with AF were divided into OAC and non-OAC groups (Fig. 1). Flowchart of the study design and processes.

Based on the criteria of the International Society on Thrombosis and Hemostasis, the safety outcome was the composite of major bleeding events, including (1) clinically overt gastrointestinal (GI) bleeding accompanied by a decrease in the hemoglobin level of at least 2 g/dL or transfusion of at least 2 units of packed red blood cells, (2) occurrence of intracranial hemorrhage (ICH), or (3) death.

Numeric and dichotomous data are presented as the mean standard deviation and numbers (percentages), respectively. Demographic and clinical baseline characteristics between the AF and active-cancer patients with and without OAC were compared using the Pearson Chi-square test or Fisher’s exact test and Student’s t test for categorical variables and continuous variables, respectively. We used propensity score matching to construct a maximally randomized model, especially concerning factors known to contribute to thromboembolic events among the general population. When more than one endpoint occurred within the follow-up period, only the first event was used for analysis. The cumulative events of clinical outcomes were assessed using the Cox proportional hazards model. To control for confounding factors, a multivariate Cox regression model was performed. Univariate Cox regression analysis was performed to evaluate factors related to the primary effectiveness and safety endpoints, while factors with p 0.1 on univariate analysis were considered in the multivariate Cox regression analysis to estimate the adjusted hazard ratio (HR) with 95% confidence intervals (CI). Differences were considered statistically significant at p 0.05. All statistical analyses were performed using SPSS software (Version 24.0, SPSS Inc., Chicago, IL, USA).

A total of 2429 patients with active cancer were enrolled in this study. There were 1060 patients (age, 75.2 10.6 years; female, 40.8%) with AF (Table 1). Only 326 cancer patients (30.8%) with AF received OACs. The baseline characteristics of this cohort are summarized in Table 1. However, there were several significantly different variables between patients with and without OAC; therefore, propensity score matching was conducted for further analysis. Ultimately, 690 cancer patients with AF were enrolled in the analysis, comprising 225 patients taking OACs and 465 patients without OAC treatment. The top five cancer diagnoses were colorectal cancer (17%), hepatocellular cancer (15%), lung cancer (15%), genitourinary cancer (10%), and oral cancer (6%) (Table 2 and Fig. 2). 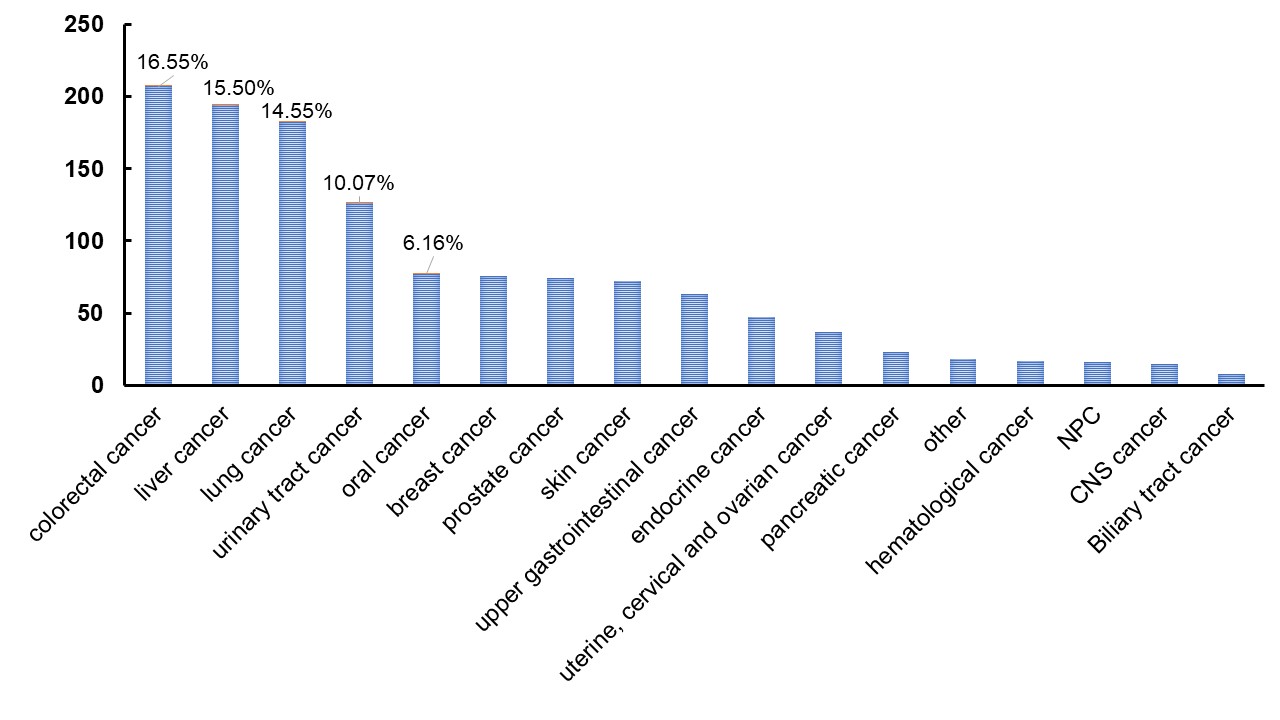 Table 3.Association between OAC use and primary endpoints in patients with cancer and atrial fibrillation.

Given improvements in cancer treatment, the survival rate of cancer patients has increased. The coexistence of cancer and AF is becoming increasingly prevalent, and clinicians are likely to encounter an increasing number of patients with comorbid conditions. The increased risk of thromboembolism and bleeding challenges clinicians in deciding whether to initiate anticoagulation and how to choose an anticoagulant. Nevertheless, there are no guidelines or recommendations for the treatment of this high-risk population. The 2020 European Society of Cardiology guidelines for AF recommended a multidisciplinary team to make decisions regarding thromboprophylaxis in cancer patients because these patients may have multiple comorbidities, such as renal failure, hepatic failure, thrombocytopenia, obesity, or cachexia, and drug–drug interactions between OACs and cancer therapy regimens [4]. Several observational studies investigated the efficacy and safety of direct oral anticoagulants (DOACs) and vitamin K antagonist (warfarin) in patients with active cancer and AF and showed the efficacy and safety of OACs [10, 11, 12, 13]. Major trials regarding stroke prevention for patients with atrial fibrillation carried subgroup analyses. In ARISTOLTE, ROCKET AF, and ENGAGE AF-TIMI 48 trials, the relative efficacy and safety of DOACs compared with warfarin were not significantly different in patients with and without active cancer [10, 11, 14]. However, current existing data have focused on efficacy and safety in the comparison of different OAC treatments in patients with active cancer and AF [11]. The efficacy and safety of using OAC treatment are left to be explored. Moreover, the prescription of OACs is often hindered by the fear of bleeding in our current practice.

Regarding bleeding tendency, the OAC subgroup did not show a significant increase in the risk of GI bleeding and ICH compared to that in AF cancer patients without OAC. The results may be associated with a lack of data to stratify indications and dosage of OACs, site(s) or complexity of cancer, and most importantly, a previous history of bleeding events. The OAC subgroup may have been in better condition, regardless of the comorbidities.

This study has several limitations. First, the study population was limited after propensity score matching. Second, the cancer population enrolled in the study was based on ICD-9 coding because these codes reflect only the sites of cancer. There was no information regarding the timing of cancer diagnosis, the stage of cancer, adoption of anticancer therapies, or therapeutic response in these patients. Moreover, the clinical conditions and indications at the time when OACs were prescribed were not known. Third, the data of index events, including death, stroke/SE, AMI, HF hospitalization, GI bleeding, and ICH, were obtained from the electronic medical records of a single hospital. Medical records from other hospitals were not available. Fourth, AF, particularly paroxysmal AF, may be underdiagnosed. Finally, the possibility of selection bias and incomplete patient records cannot be excluded. Additional prospective studies are warranted to confirm the results of the present study.

OAC treatment may significantly reduce the risk of death, without safety concerns, in active-cancer patients with AF. Further studies are required to determine the optimal use of anticoagulation therapy in this high-risk population.

This study was conducted in accordance with the principles of the Declaration of Helsinki. This study was approved by the NCKUH Human Research and Ethics Committee (IRB: B-ER-111-052). Because this was a retrospective study and all data were fully anonymized, the Human Research and Ethics Committee of the National Cheng Kung University Hospital waived the requirement for informed consent.

This study was supported by a research grant from the National Health Research Institutes (NHRI-111A1-CACO-02222211).

The authors declare no conflict of interest. Yen-Wen Liu is serving as one of the Guest Editors of this journal. We declare that Yen-Wen Liu had no involvement in the peer review of this article and has no access to information regarding its peer review. Full responsibility for the editorial process for this article was delegated to Buddhadeb Dawn.

Flowchart of the study design and processes.