Chronic total occlusions (CTOs) are found approximately in 20% to 50% of patients with symptomatic coronary artery disease [1, 2], but the optimal strategies and techniques for its treatment remain in debate [3, 4]. With the development of coronary interventional techniques and interventional devices, antegrade dissection and re-entry (ADR) has been a widely applied strategy for the percutaneous coronary intervention (PCI) of CTO [5]. Studies have shown that the use of device based ADR, namely with the CrossBoss/Stingray system (Boston Scientific, Marlborough, MA, USA), has increased the success rate of ADR-based CTO PCI [6].

Theoretically, long lesion lengths (20 mm, when the wire-based approaches are difficult to succeed), with no presence of appropriate collateral channels, and a good distal target vessel to attempt re-entry were the best indication to initiate the ADR technology [7]. Location with a good caliber and without severe calcification or diffuse disease is considered as an ideal distal landing zone. However, in clinical practice, the distal diffuse disease landing zone exists frequently among some challenging cases. Under these scenarios, the clinical data showing the efficacy and safety of the CrossBoss/Stingray system is scarce.

The study was a prospective, single center, observational study. Consecutive patients with a distal diffuse disease that undergoing PCI for CTO lesions using the CrossBoss/Stingray system, who were admitted to Xijing Hospital (Xi’an, China) from April 2016 to October 2020, were included in the present study. The study protocol was approved by the local institutional review board of Xijing Hospital and complied with the declaration of Helsinki. All written informed consents were obtained.

Patients with CTO were treated with aspirin (100 mg/day) and clopidogrel (75 mg/day) or ticagrelor (180 mg/day) before the procedure for at least 5 days. Patients were maintained on aspirin 100 mg and clopidogrel 75 mg or ticagrelor 180mg daily after PCI. Heparin was used as the anticoagulant to maintain an activated clotting time of 250 seconds during the procedure. Corssboss/Stingray system was used initially or as an immediate bailout. Drug-eluting stents were used preferentially after the wire successfully re-entry. The J-CTO (Japan chronic total occlusion) score [8] was calculated for each lesion based on the presence of calcification, bending, occlusion length, stump morphology, and prior attempt to open the CTO.

Patients were stratified according to the diameter stenosis of the distal diffuse disease landing zone into two groups: (1) stenosis of the distal landing zone between 50%–70% (moderate stenosis group). (2) Stenosis of the distal landing zone 70% (severe stenosis group). The diffuse disease was defined as the lesions with a length 20 mm and the stenosis 50% according to the American College of Cardiology Foundation/American Heart Association Task Force on Practice Guidelines and the Society for Cardiovascular Angiography and Interventions (ACCF/AHA/SCAI) guidelines for PCI [9]. Technical success was defined as successful CTO revascularization with the achievement of a final TIMI (Thrombolysis In Myocardial Infarction) antegrade flow grade 3 and 30% residual stenosis.

Continuous variables are presented as mean standard deviation or presented as medians and 25th and 75th percentiles as appropriate and compared using the t test or Mann-Whitney U test. Categorical data are reported as percentages, and comparisons between groups used the chi-square or Fisher exact test when appropriate. The cumulative incidence and curve were assessed using the Kaplan-Meier method and compared using the log-rank test. All analyses were performed using SPSS Statistics, version 25 (IBM Corp., Armonk, NY, USA). A two-sided p-value of 0.05 was considered to be statistically significant.

Between April 2016 and October 2020, 153 consecutive CTO patients underwent PCI using the CrossBoss/Stingray system, of whom 91 (59.5%) patients were with the distal diffuse disease landing zone. Among those 91 patients, 32 patients were characterized in the moderate stenosis group and 59 were in the severe stenosis group (Fig. 1). The baseline clinical and procedural characteristics are shown in Table 1. Overall, the mean age of the patients was 61.7 9.9 years, 37.4% of patients presented with diabetes. The mean J-CTO score was 2.5 1.1. Most PCI procedures were performed in the right coronary artery (RCA, 56.0%), followed by the left anterior descending artery (LAD, 39.6%) and the left circumflex artery (LCX, 4.4%). Between the two groups, no differences were observed in terms of the baseline clinical and procedural characteristics (Table 1). 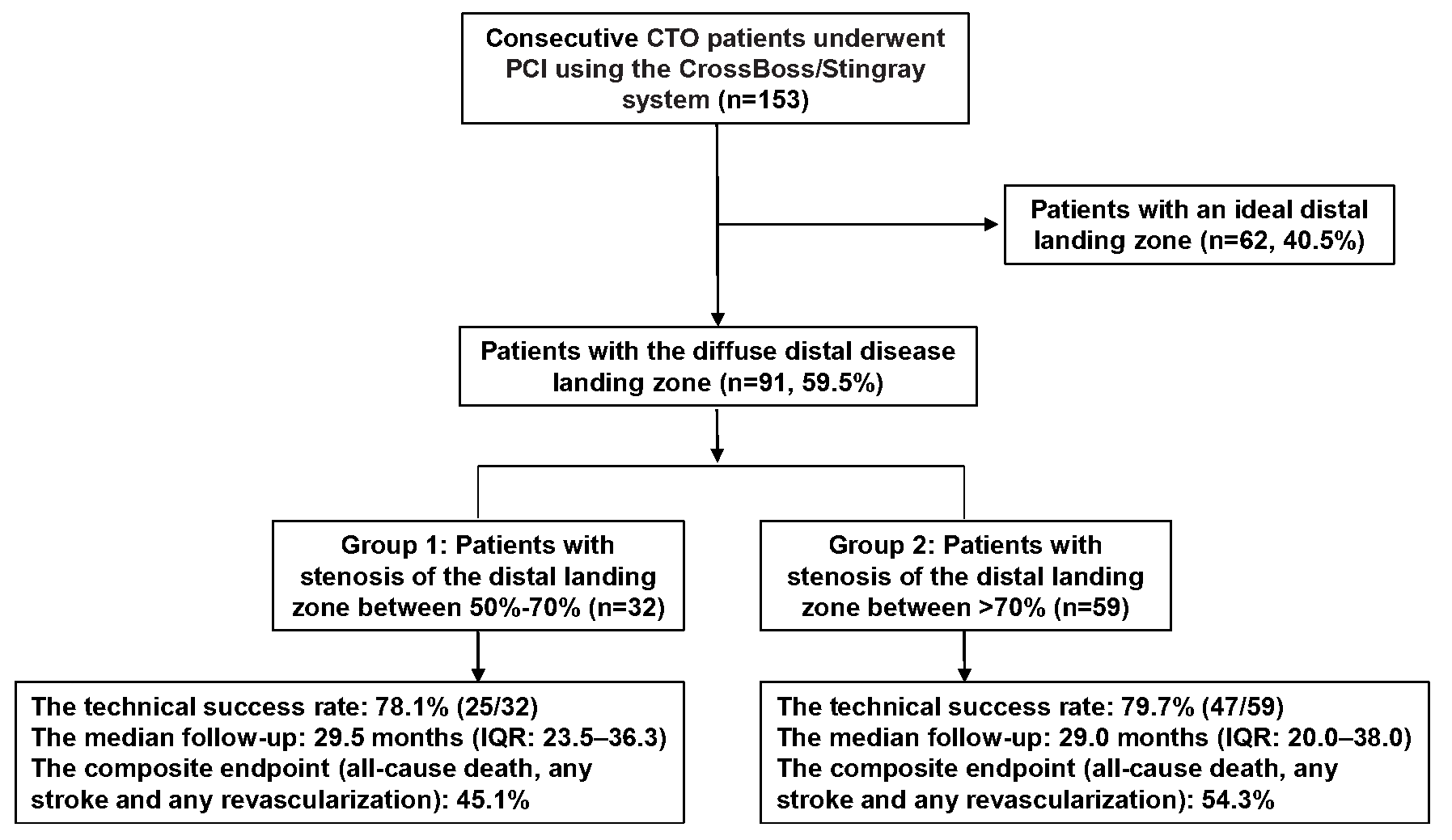 Table 1.The baseline and procedural characteristics of the study subjects.
3.2 Procedural Outcomes

Among the total 153 consecutive CTO patients, technical success was achieved in 86.3% (132/153) patients. Compared to patients with a diffuse landing zone, patients with a good landing zone had a higher technical success rate (90.3% [56/62] vs. 79.1% [72/91], p = 0.066). Among patients with a diffuse landing zone, the technical success rates were comparable between the moderate stenosis group and the severe stenosis group: 78.1% (25/32) and 79.7% (47/59), respectively (p = 0.608) (Table 2). No coronary artery perforation occurred among all patients. One cardiovascular death occurred after 3 days of the index procedure during the hospitalization. No other adverse events occurred in hospital. An example of using the Corssboss/Stingray system for a LAD CTO patient with a distal diffuse disease landing zone is shown in Fig. 2, and an RCA CTO case is shown in Fig. 3.

Example of using the Corssboss/Stingray for a LAD CTO case. (A) Proximal LAD had a long CTO with a diffuse lesion in the distal landing zone. (B) The Stingray was exchanged into the vessel, inflated, and orientated with the target vessel on the left of the balloon. A high penetration force, tapered tip wire (Conquest Pro 12) was used to re-enter. (C) Final result after stent deployment and optimization. CTO, chronic total occlusion; LAD, left anterior descending artery. Example of using the Corssboss/Stingray for an RCA CTO case. (A) There is a long CTO lesion of the middle RCA with a diffuse lesion in the distal landing zone. (B) A high penetration force wire advances into the CTO and beyond the distal cap but is in the subintimal space. (C) The Stingray is exchanged into the vessel, inflated, and orientated with the target vessel. (D) Final result after stent deployment and optimization. CTO, chronic total occlusion; RCA, right coronary artery. PCI of CTO is a major challenge for interventional cardiologists [10]. It remains a hot research topic in the field of interventional cardiology, and several interventional techniques, as well as devices, have been reported in the past few years. The ADR strategy was preferred in patients with defined proximal cap anatomy, longer length (20 mm), and a good distal landing zone [7, 11]. CTOs with poor quality distal vessels are challenging for ADR, especially when using the CrossBoss/Stingray system. However, when lesions with an ambiguous proximal cap, long lesions (20 mm), without appropriate collateral vessels, the antegrade wiring or wire-based ADR strategy may be difficult to cross these CTO cases [10]. In such scenarios, ADR using the CrossBoss/Stingray system could be a potential option, even in those with distal diffuse disease. However, to date, no data evaluating the feasibility of CrossBoss/Stingray system for CTOs with distal diffuse disease landing zone. In the present study, we found that CrossBoss/Stingray system has a relatively high success for CTOs with an unfavorable landing zone, even for those with severe stenosis in the landing zone (70% stenosis). In our analyses, the success rate was similar with the FAST-CTOs (Facilitated Antegrade Steering Technique in Chronic Total Occlusions) trial (77%) [6] and similar with other techniques [12], but slightly lower than that in the CrossBoss First Trial [13]. Of note, the J-CTO score in our analysis was higher than that in the CrossBoss First Trial, moreover, more than 80% of patients have a good distal landing zone in the latter study.

The commonest CTO PCI procedural complication is perforation [12], however, there was no coronary artery perforation in our study. This favorable safety profile of CrossBoss/Stingray system might be due to the cases recorded in the current analyses being after the initial training process and mostly performed by the experienced operators (50 cases of ADR performed) in our center.

Despite previous studies have demonstrated that successful CTO PCI is effective on the relief of angina [14, 15], the debate is ongoing with respect to the net clinical benefit of successful CTO PCI, especially after the release of the EURO CTO trail [16] and the DECISION CTO trial [17, 18]. In our present analysis, we observed a relatively high rate of the composite endpoint of all-cause death, any stroke, or any revascularization with a median follow-up of 29 months, which was mainly driven by the high rate of any revascularization. The rate of all-cause mortality was higher than previous studies [17, 19], indicating the high-risk feature of this challenging population. In our study, the majority of patients had multivessel disease (2 vessels disease: 23.1%, 3 vessels disease: 59.3%). The number of diseased vessels was 2.4 0.8, and the J-CTO score was relatively high (2.5 1.1). Moreover, in the study population, 25.3% (23/91) patients had 2 CTO lesions, and 5.5% (5/91) patients had 3 CTO lesions. Our study population represents a high-risk population. Moreover, those high-risk features (multivessel disease, a large number of CTO lesions…) have been demonstrated associated with adverse clinical outcomes [20, 21]. The number of diseased vessels was also independently associated with Major Adverse Cardiac Events in CTO patients (adjusted HR: 1.44, 95% CI: 1.03–2.0) [22].

CTO with severe distal diffuse disease always represents a small distal lumen, which is more challenging to re-enter. In the present study, we compared the technical success of CrossBoss/Stingray system for CTOs with distal moderate stenosis (50%–70%) landing zone and with severe stenosis (70%) landing zone. No statistical difference was observed between these groups, suggesting that the technique of PCI is potentially more determinant in terms of technical success than the extent and complexity of the distal disease. Prior studies had shown that the multi-stick and swap technique is preferred to increase the re-entry rate [11]. A high penetration force, tapered tip wire is recommended to perform the stick, if the wire towards the vessel, pushing it back in and out of the same stick point 3–5 times with spinning rotation on the last stick [11]. After the stick, a larger channel or multiple holes would be created, which could facilitate the swap wire to find these holes more easily and to slip down into the distal true lumen.

The present study was a single center experience with relatively small sample size, and the external validity of our experience is restricted. Clinical outcomes were collected mostly by telephone calls and angiography follow-up was not mandatory. However, according to the aim of the present study, the technical success may be more relevant for evaluating the efficacy and safety for expanding the indication of the CrossBoss/Stingray system. Prospective, multicenter, larger scale, with angiography follow-up trials, were warranted in the future.

The present study showed that in CTO with a distal diffuse landing zone, the use of CrossBoss/Stingray system was safe and had an acceptable success rate. No significant difference in technical success rate between the moderate stenosis group (50%–70%) and the severe stenosis group (70%). However, the relatively high rate of long-term clinical outcomes, especially any revascularization, warrants further investigations on this indication in future studies.

The study protocol was approved by the local institutional review board of Xijing Hospital and complied with the declaration of Helsinki. All written informed consents were obtained.