As the life expectancy of the general population increases, coronary artery disease is on the rise in elderly patients. Consequently, we can expect to see more octogenarians presenting with acute coronary syndrome, who are in need of percutaneous coronary intervention. Discovered by Kåre Berg in 1963 [1], Lipoprotein(a) [Lp(a)] has long been connected with the probability of developing cardiovascular disease [2, 3, 4, 5, 6, 7, 8, 9] and many studies have, in addition, demonstrated an association with poor outcomes, even regardless of the concentration of low-density lipoprotein cholesterol [10, 11, 12, 13, 14, 15, 16, 17]. The drugs of lowering Lp(a) were limited. Antisense therapy and proprotein convertase kexin 9 inhibitors can result in significant reductions in Lp(a) levels.

Several recent studies have shown that octogenarian patients with CAD were associated with increased operative complications, long-term major adverse cardiac events compared with those aged 80 years. As the octogenarian population were underrepresented, the investigators in most clinical studies excluded these patients. And the effects of Lp(a) on the survival of octogenarians with coronary artery disease (CAD) after drug-eluting stent (DES) insertion are not known. Therefore, we investigated the connection between Lp(a) and outcome in octogenarians with CAD after DES implantation.

This single-center, observational, retrospective cohort study was undertaken at Beijing Anzhen Hospital Affiliated to Capital Medical University. Between January 2015 and August 2018, 506 octogenarian CAD patients with were consecutively enrolled (Fig. 1). All patients had undergone DES implantation in our hospital. Patients lacking data on Lp(a), those currently receiving hemodialysis, and patients with malignant tumors, severe infection, or anemia were excluded, as were patients who could not complete the follow-up. In accordance with the recommendation of 2016 guidelines [18], the participants were allocated to one of two groups: a “low” group levels below50 mg/dL (n = 408) and a “high” group with levels above50 mg/dL (n = 98). Patient data, including demographics, risk factors for CAD, and medication, were acquired from hospital records. Venous blood was collected after fasting for a minimum of 12 h when patients were admitted to hospital, and the blood was analyzed at the Clinical Chemistry Department of Beijing Anzhen Hospital, Capital Medical University. Percutaneous coronary interventions (PCIs) were performed if patients exhibited myocardial ischemia or its symptoms, or symptoms suggesting angiographic stenosis. Lp(a) was determined by enzyme linked immunosorbent assay (ELISA) (Roche Company, Basel, Switzerland). The process of Lp(a) measurement are described in previous study [19].

The primary endpoint was the development of major adverse cardiac events (MACE), classified as all-cause death, myocardial infarction (MI), and the necessity of target vessel revascularization (TVR) conducted either by PCI or coronary artery bypass grafting (CABG). Information on patients who had died at home was given by families, including the cause and date of death, and, in the case of hospitalization, this information was given by the hospital or clinic. All information was checked and verified by independent clinicians.

Lp(a) was evaluated both at baseline and follow-up completion in the 506 octogenarian CAD patients who had undergone DES implantation. Of these, 408 (80.63%) had Lp(a) values below 50 mg/dL, while in 98 (19.37%) the values were over 50 mg/dL. The Lp(a) concentration distribution was given in Fig. 2. The baseline features are given in Table 1. The “high” group comprised mostly older patients with a higher incidence of dyslipidemia. However, for both groups of patients, male sex, DM, hypertension, current smoking, CKD, CAD family history, and medication were comparable. In addition, the groups were alike in terms of the use of cardiovascular medication, specifically, aspirin, statins, and angiotensin II receptor blockers. 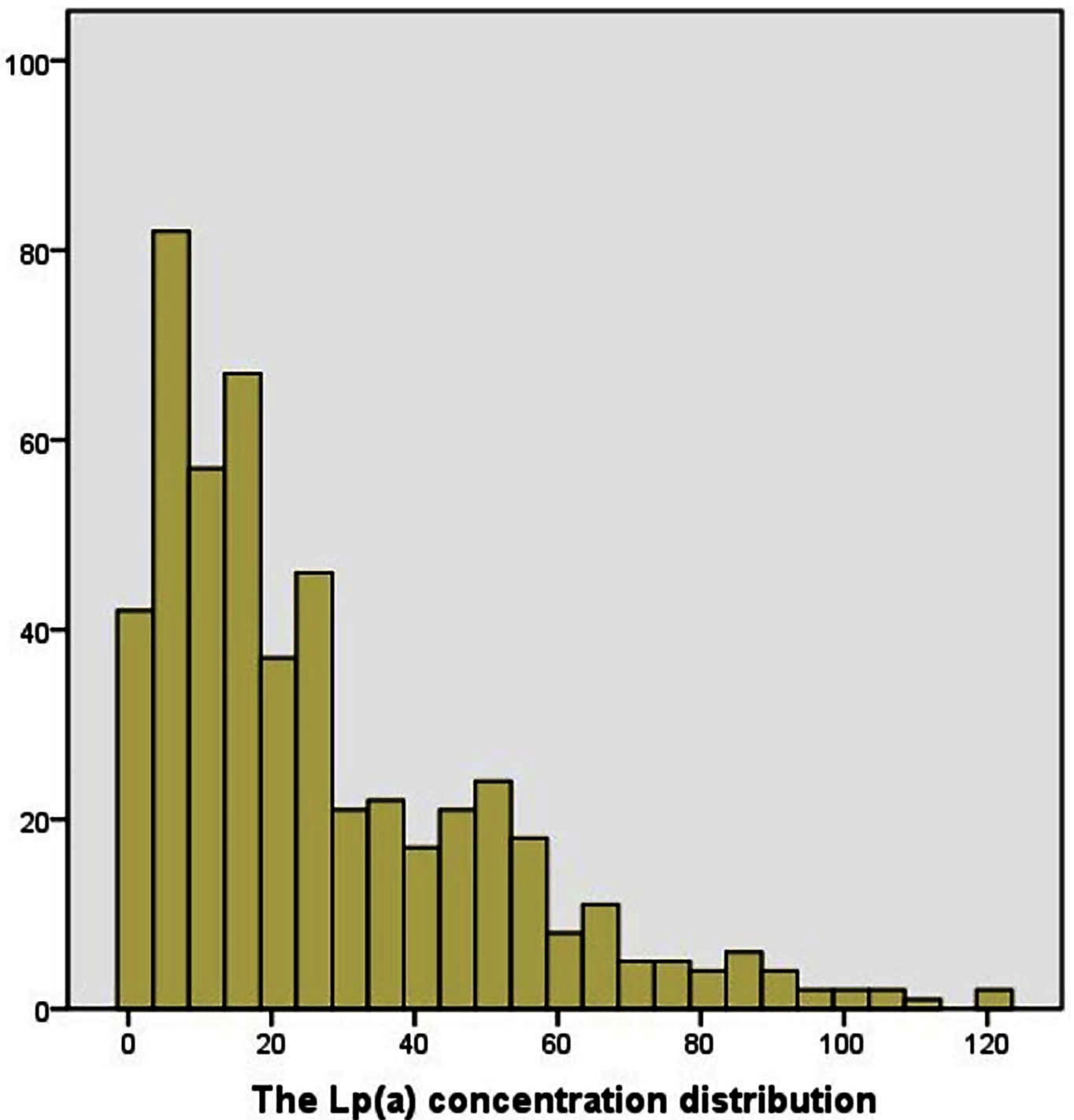 Table 2.Numbers of MACEs during follow-up*. This observational investigation of the effect of Lp(a) on CAD prognosis in octogenarians treated with DES insertion found a significantly greater incidence of MACE in individuals with high Lp(a) values and that elevated Lp(a) was linked to poorer outcomes. This relationship retained significance after the adjustment for a variety of covariates of clinical importance.

Lp(a) is a structurally and functionally oligomeric lipoprotein in which apolipoprotein B and glycosylated apolipoprotein(a) monomers are covalently complexed. The amount of Lp(a) in the body is essentially genetically controlled and is little affected by lifestyle or environmental factors, tending to remain stable throughout life [20, 21]. However, there is considerable variation in the concentrations, ranging from below 1 to more than 1000 mg/dL [21]. The exact location of Lp(a) synthesis has not been established [22], nor is its plasma clearance fully understood [22]. Therefore, the exact cause of elevated Lp(a) in humans is uncertain.

To date, numerous studies on Lp(a) epidemiology and genetics, as well as meta-analyses, have observed that high Lp(a) is predictive of CAD [2, 3, 4, 5, 6, 7, 9]. This relationship does not depend on the levels of blood lipid, nor on other known risk factors. The “Emerging Risk Factors Collaboration” [4] that investigated over 120,000 individuals in a variety of studies reported that the connection between Lp(a) and CAD could be represented by either a curvilinear or log-linear function. A Danish investigation [2] of 40,486 ischemic heart disease-free patients reported a relationship between elevated Lp(a) and MI A study of Lp(a) in people of Chinese Han ethnicity [8], using 3462 cases and 6125 controls, demonstrated significantly increased odds ratios for the association between CAD and Lp(a). In addition, the Lp(a) level appears to influence the severity and morphology of coronary lesions.

There is also accumulating evidence linking raised Lp(a) and MACE in patients with established CAD [10, 11, 12, 13, 14, 15, 16, 17, 23, 24, 25, 26, 27, 28]. A meta-analysis [23] found that individuals with plasma Lp(a) values in the highest quartile were 40% more likely to develop MACE. Konishi et al. [11] reported a raised MACE incidence in 569 patients undergoing PCI with high Lp(a), finding that raised Lp(a) was independently linked to both death and acute coronary syndrome recurrence. A clinical trial of 427 CKD patients who had undergone PCI [24] found an independent relationship between raised Lp(a) and increased risk of major adverse coronary and cerebrovascular events and bleeding. Moreover, Sung et al. [14] also found raised Lp(a) to be independently linked to the development of MACE as well having prognostic significance for symptomatic patients with TVR. Consistent with these findings, the current investigation demonstrated that elevated Lp(a) values were connected to a greater incidence of MACE, MI, and TVR during follow-up.

However, few previous studies have investigated patients who had undergone DES or elderly patients. In contrast, our study patients were all over the age of 80 and had all received DES implantation. Furthermore, few studies have investigated Chinese patients [16, 24, 25, 29], with most addressing Japanese or Western populations [10, 12, 13, 14, 26, 27, 28]. In comparison with young patients, octogenarian people have a higher prevalence of hypertension, diabetes, CKD and more complex coronary lesions, which caused poor prognosis. At present, there are little studies about effect Lp(a) on the outcomes in octogenarian people after coronary DES insertion. The present study suggests that Lp(a) is linked to poorer clinical outcomes and may be a new target for the treatment of CAD.

Numerous nonredundant mechanisms for the part played by Lp(a) in cardiovascular disease have been proposed. One suggestion is that increased cholesterol deposition by Lp(a) in the arterial walls results in increased levels of proinflammatory oxidized LDL [30]. Lp(a) resembles plasminogen in structure and is able to compete with it for receptor binding, resulting in an inhibition of fibrinolysis [31, 32]. In addition, Lp(a) has been linked to platelet dysfunction and may thus promote endothelial disorders and chylomicron retention [32].

There are a few limitations to this study. First, this was a single-center, retrospective investigation and involved only Chinese patients, resulting in possible selection bias and restricting the control for confounders despite suitable adjustment. Second, we exclude revascularization for non-culprit vessel and ischemic stroke. As the participants in this study were octogenarians, incomplete revascularization was underwent in most patients. Therefore, we could not distinguish revascularization for non-culprit vessel for the development of the original coronary lesion or the original coronary lesion during the follow-up. And the incidence of ischemic stroke is low. For these reasons, the endpoints of this study endpoints did not include these events. Furthermore, the sample size was relatively small, limiting a comprehensive investigation of the influence of Lp(a) on outcomes. In the future, larger, multicenter, prospective clinical trials or studies should be conducted.

The study was conducted in accordance with the Declaration of Helsinki, and the protocol was approved by the Ethics Committee of Beijing Anzhen Hospital, Capital Medical University (approval number: 20210057X).

We would like to express our gratitude to all those who helped us during the writing of this manuscript. We would like to thank patients participation and thank to all the peer reviewers for their opinions and suggestions.

This work was supported by the grant from the National Key Research and Development Program of China (2017YFC0908800), Beijing Municipal Administration of Hospitals’ Ascent Plan (DFL20150601).