Cardiovascular disease (CVD) is the main cause of morbidity and mortality worldwide. In 2015, there were an estimated 422.7 million prevalent cases and 17.9 million deaths caused by CVD [1], and these figures showed no large changes in 2016 [2]. The burden of disease caused by CVD has been gradually increasing in China [3]. There were an estimated 290 million patients with CVD, and the disease accounted for more than 40% of deaths in 2015 [4]. The burden of CVD in Inner Mongolia is at a higher level than in the rest of the country [4, 5, 6]. Inner Mongolia, located in the north of China, has well-developed animal husbandry and agriculture, but its per capita income and educational level are not high, and its medical and health resources are insufficient. Unhealthy lifestyles such as high-salt, high-fat diets, and high rate of drinking alcohol are common in local residents. In 2017, disability-adjusted life-years (DALYs) owing to stroke and ischemic heart disease in Inner Mongolia were much higher than those in China. Therefore, the prevention of CVD in Inner Mongolia is urgent.

Early identification of high-risk individuals is a crucial strategy in primary prevention of CVD, based on the availability of appropriate CVD risk assessment models and guideline recommendations [7]. Several well-known models for CVD risk assessment have been developed, to identify high-risk individuals and decrease the probability of future CVD events in the United States and Europe [7, 8, 9, 10]. The age-adjusted death rate attributable to CVD in the United States decreased from 269.6 per 100,000 population in 2006 to 219.4 per 100,000 in 2016, which reflects the success of this strategy [11]. In 2011, a risk prediction model of CVD was established to identify high-risk individuals in China, issued according to the Chinese Guideline for the Prevention of Cardiovascular Disease [12]. This guideline also suggests intervention for high-risk individuals. However, the prevalence of high CVD risk in Inner Mongolia remains unknown, making it difficult to implement interventions.

To this end, the aim of the present study was to investigate the prevalence and the risk factors of high CVD risk in Inner Mongolia, to analyze the treatment of major risk factors among individuals with high CVD risk in Inner Mongolia. The findings of this study will be crucial for decision-making in the prevention and intervention of CVD. Because the geographical location and lifestyle habits among residents of Inner Mongolia represent northern China to some extent, the findings of this study can also serve as a reference for CVD prevention in northern China.

This study was part of the China Patient-Centered Evaluative Assessment of Cardiac Events (PEACE) Million Persons Project, which has been described previously [13]. Briefly, we used a multistage stratified sampling method to select a representative sample of the general population aged 35–75 years in Inner Mongolia from 2015 to 2017 (Fig. 1). The sampling process was stratified according to socioeconomic status, geographic region, and urbanization. In the first sampling, we selected cities from different geographic regions. The next stage was to select city districts from among the cities and rural townships from among counties. In the final stage, we selected street districts from among city districts and rural villages from among townships for the local population base. In total, 70,380 participants from six sites were eventually included. All enrolled participants provided their written informed consent. The central ethics committee of the China National Center for Cardiovascular Disease approved this project [14]. 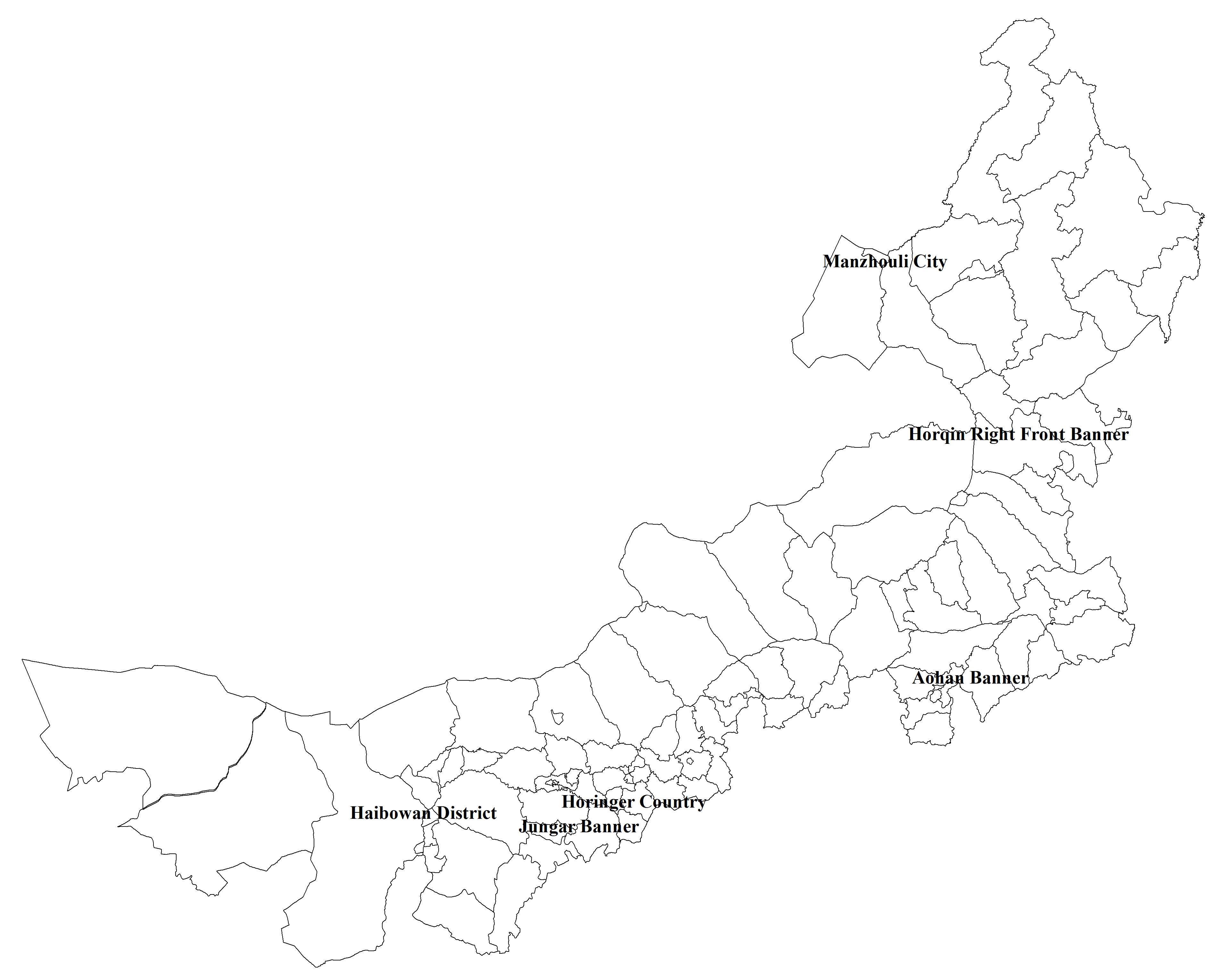 Table 1.Risk prediction charts of the Chinese guideline for the prevention of cardiovascular disease.
2.3 Data collection and variables

For each participant, blood pressure, blood glucose and lipid levels, height, weight and waist circumference were measured. Blood pressure was measured twice on the right upper arm using an electronic blood pressure monitor (Omron HEM-7430; Omron Corporation, Kyoto, Japan) after 5 minutes of rest, with the participant in a seated position. We took the average blood pressure value of the two readings as the final value. Blood samples were drawn by venipuncture after at least 10 hours of overnight fasting, to measure fasting blood glucose and lipid levels (PD-G001-2 BeneCheck and Cardiochek PA, respectively). Height, weight, and waist circumference were measured with participants light clothes and without shoes.

In addition, we also collected information on sociodemographic characteristics (ethnicity, education, occupation, annual household income, and so on), health behaviors (smoking and alcohol intake), medical history, and medication use during in-person interviews.

We estimated the prevalence of high CVD risk among all participants, as well as the treatment of high CVD risk. For comparisons with the prevalence of high CVD risk in other regions of China, the prevalence in Inner Mongolia was standardized using data of the Sixth National Population Census. Continuous data are presented as mean standard deviation (SD) and compared using the Student t-test or nonparametric Wilcoxon signed-rank test. Categorical variables are shown as proportions and compared using a chi-squared test. Statistical analyses were performed using SAS version 9.4 (SAS Institute, Cary, NC, USA). Two-sided P 0.05 was considered statistically significant.

3. Results
3.1 Characterstics of the study participants

We analyzed the prevalence of five major risk factors among individuals with high CVD risk and found that the most common risk factor was hypertension (91.9%), followed by dyslipidemia (54.1%), obesity (34.6%), diabetes (27.6%), and smoking (24.5%). Except for obesity, the difference between men and women was significant (all P 0.05); the differences for hypertension, dyslipidemia, diabetes, and smoking between urban and rural residents were also significant (all P 0.001). There was a significant difference for obesity between Han and Mongolian ethnicity (P 0.001). The results are shown in Table 5. 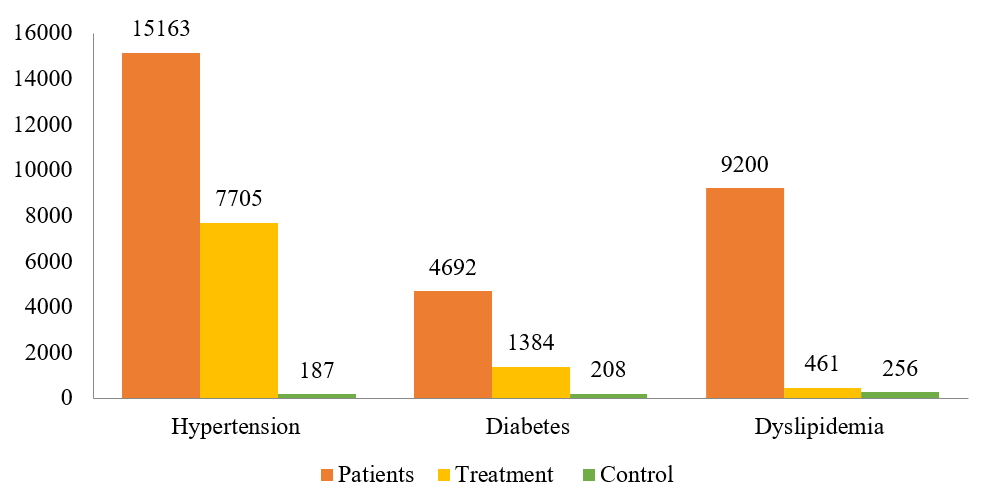 The prevalence of high CVD risk in Inner Mongolia as reported in this study was much higher than those in other areas in China [18]. The age- and sex-standardized rate of high CVD risk in Inner Mongolia was more than three times higher than that in China. This may be related to the economic, social characteristics and negative health behaviors of local residents. In Inner Mongolia, the level of education and income was low, and negative health behaviors such as high-salt, high-fat diets, and high rate of drinking are common [19]. Under all those factors, the prevalence of CVD risk factors such as hypertension, diabetes, obesity were higher among China [20, 21, 22], therefore, the prevalence of high CVD risk was high. The results of this study were the same, the mean blood pressure level, no matter systolic pressure or diastolic pressure was at a very high level, the systolic pressure has reached the diagnostic criteria for hypertension. The mean blood glucose level, total cholesterol and high-density lipoprotein cholesterol levels were all higher than the national average [23].

Early identification and intervention of high-risk individuals is very important for the prevention of CVD. In the United States, the age-adjusted death rate for coronary heart disease fell from 542.9 to 266.8 cases per 100,000 population among men aged 25 to 84 years and from 263.3 to 134.4 among women between 1980 and 2000; approximately 44% of the decrease was attributed to changes in risk factors among individuals with high risk [24]. We identified the following risk factors on high CVD risk in Inner Mongolia: men sex, older, being unmarried, living in urban areas, farmer, obesity, hypertension, diabetes and dyslipidemia, which was consistent with previous studies [3, 12, 18, 25]. Men had a higher prevalence of high CVD risk than women, the reason is likely that the exposure levels of CVD risk factors for men is higher than women. For example, smoking and drinking rates were much higher than women, the average SBP, DBP and GLU were also higher among men in this study. Prevalence of high CVD risk increased with age increasing, which was because the effects of risk factors are accumulating and degradation of bodily functions [26]. Individuals living in urban areas got relatively little exercise, and unmarried individuals were possibly in a relatively poor state of social support. Prevention and early control measures are warranted in these high-risk individuals.

Although the prevalence of CVD risk factors was high, treatment and control were very low among our participants. We found that among individuals with high CVD risk, the percentage taking antihypertensive drugs among those with hypertension was 45.94%. The percentage taking hypoglycemic drugs among those with diabetes was 27.99%, and the percentage taking statins among those with dyslipidemia was only 5.01%. The percentage of antihypertensive treatment is actually higher in this study compared to the result of a nationwide study [18], however, the rate of control was much lower than the results of this nationwide study [14]. The reason may be due to hypertension was the most prevalent risk factor (91.9%), and often clustering with other risk factors, such as diabetes and dyslipidemia, but the rates of treatment for them were low, which affected the rate of control for hypertension. Low treatment and control rates for diabetes and dyslipidemia could be the result of low rates of awareness about diabetes (38.0%) and dyslipidemia (5.50%), in comparison with other studies in China or in other countries [14, 31, 32, 33], in addition, the clustering of risk factors also affects the control rate. The lack of management for hypertension, diabetes and dyslipidemia might be due to the insufficient health investment [34], the health service should be improved, including screening and health education for the individuals of high CVD risk.

Our study had several limitations. First, as these findings were derived from a cross-sectional study, and the prevalence of high CVD risk or medication use were based on questionnaires and measurements, the results might be affected by recall bias. Second, high CVD risk was defined according to the Chinese Guideline for the Prevention of Cardiovascular Disease; therefore, comparisons between this study and those from other countries should be made with caution. Finally, we excluded patients with a history of CVD in the definition of high CVD risk because we wished to focus on primary prevention of CVD.

In conclusion, we identified the prevalence of high CVD risk in Inner Mongolia was much higher than that in other areas in China, especially for men sex, older, being unmarried, living in urban areas, farmer, obesity, hypertension, diabetes and dyslipidemia. Among individuals with high CVD risk, the risk factors of CVD were common, as was clustering of risk factors. However, treatment and control rates were low. Our findings suggested that the need for reduce weight and medication use should be adopted to control blood pressure, blood sugar and blood lipid levels targeting individuals with high CVD risk, to reduce the CVD burden in Inner Mongolia. In addition, in view of the high prevalence of high CVD risk, early detection of high-risk individuals is crucial, such as establishing a CVD risk assessment models of Inner Mongolia.

WRW and XGZ conceived the study; YFX, NC and LYQ designed the study protocol; NC and HZ carried out the analysis and all authors provided an interpretation of these data. NC, LWN and SQJ drafted the manuscript; HB, TY and XQX critically revised the manuscript for intellectual content. All authors read and approved the final manuscript. WRW and XGZ are guarantors of the paper.

This project was approved by the ethics committee of Fuwai Hospital Chinese Academy of Medical Sciences (approval number: 2014-574). Written informed consent was obtained from all individual participants included in the study.

We thank Analisa Avila, ELS, of Liwen Bianji, Edanz Group China (www.liwenbianji.cn/ac), for editing the English text of a draft of this manuscript.