Coronary artery disease (CAD) remains a major cause of all-cause mortality [1]. The coronary collateral circulation can be considered as the body’s defense mechanism against coronary artery disease. Coronary collaterals are believed to be present from birth, but their number, size, and the extent of their coverage increases in the presence of an epicardial coronary artery occlusion [2, 3]. A previously published study found that when intermittent ischemia was induced, collateral vessels that were non-functional at rest became functional with exercise [4]. Well-developed coronary collateral arteries have been associated with smaller necrotic areas and ventricular aneurysm formation in patients with acute myocardial infarction, resulting in improved heart remodeling, as well as reduced ischemia and chest pain in chronically ill patients [5, 6, 7]. The development of coronary collateral vessels is thought to occur via both angiogenesis, the formation of new vessels through sprouting of new capillaries from existing blood vessels, and via arteriogenesis, the growth and maturation of existing anastomotic channels between coronary arteries. These two mechanisms can act concomitantly, and also independently, following initial blood vessel formation [8].

Age is one of the most important risk factors for CAD. More than half of the deaths associated with CAD occur in individuals older than 70 years [9]. The diagnosis of CAD in the elderly population can be more challenging. In elderly patients, CAD is more diffuse and severe anatomically, and presents with greater calcification [10]. As elderly patients frequently present with multiple comorbidities, conservative approaches rather than invasive options are commonly used to treat CAD, despite studies showing the beneficial effects invasive strategies among patients older than 75 years with stable angina pectoris [11]. The presence of well-developed coronary collaterals in older patients may also play an effective role in preventing ischemia. In the current study, the aim was to determine clinical and biochemical factors affecting the development of coronary collaterals in an elderly population.

This retrospective study included patients older than 75 years who underwent coronary angiography for stable CAD in the Department of Cardiology, Gaziantep University between 2014 and 2017. All of the patients had class 3 or 4 angina according to The Canadian Cardiovascular Society (CCS) Angina Score. Coronary angiograms of the patients were reviewed in a double-blinded fashion by two experienced invasive cardiologists. Patients with at least one completely occluded coronary vessel, as demonstrated by coronary angiography, were enrolled in the study. The angiographic characteristics of the patients were also assessed (e.g., single-vessel versus multiple-vessel disease). The development of coronary collaterals was graded according to the Cohen-Rentrop’s classification method (grade 0 = no visible filling of any collaterals with contrast agent; grade 1 = filling of the side branches of the infarct-related artery, without visualization of the epicardial segment; grade 2 = partial filling of the epicardial segment with collateral vessels; and grade 3 = complete filling of the epicardial segment by collateral vessels) [12]. For patients with multiple collaterals, the vessel with the highest collateral grade was recorded.

The patients were divided into two groups based on their Cohen–Rentrop grade. Patients scoring 0–1, poor coronary collateralization, were assigned to the bad collateral group (BC group; n = 55), whereas patients with a Cohen–Rentrop score of 2–3, well-developed coronary collateralization, were assigned to the good collateral group (GC group; n = 73). Clinical and demographic characteristics for each patient were retrieved from the hospital records. Venous blood samples were drawn from all patients at least 12 h prior to coronary angiography in order to undertake a fasting biochemistry panel and a complete blood count.

The study protocol was reviewed and approved by the institutional ethics committee in accordance with the Declaration of Helsinki.

Patients with known peripheral artery disease, a history of cerebrovascular events or acute coronary syndrome, autoimmune diseases or cancer, renal failure or hepatic dysfunction were excluded, as were patients who had undergone a coronary intervention within the last month.

The significance of mean between-group differences was assessed using the Student’s t test. The Mann–Whitney U test was used to analyse significant differences in continuous numerical variables when assumptions for parametric test statistics were not met. Categorical variables were analysed using a chi-square test corrected for continuity or Pearson’s chi-square test.

Backward elimination stepwise logistic regression analysis was used to determine the variables that strongly predicted “good” or “bad” collateral development. Subsequently, variables with a p value of 0.10 from the univariate statistical analyses were included in a multivariate logistic regression model as candidate risk factors. Odds ratios, with their 95% confidence intervals (95% CI) and Wald statistics were estimated for each variable.

Table 1.Demographic and clinical characteristics of the patients in the good collateral (GC) and bad collateral (BC) groups.

Comparisons between the results from the biochemical panel for the two groups are presented in Table 2. The low-density lipoprotein (LDL) and high-density lipoprotein (HDL) levels were significantly lower in the BC group than observed in the GC group (p = 0.002 and p 0.001, respectively). In comparison to the GC group, the BC group levels of bilirubin were significantly lower (p 0.001; Fig. 1), and fasting plasma glucose (FPG) were significantly higher (p = 0.026). There were no significant between-group differences in any other biochemical parameters (p 0.05). In addition, the distribution of medications used was not statistically significantly different between the GC and BC groups (p 0.05; Table 3). 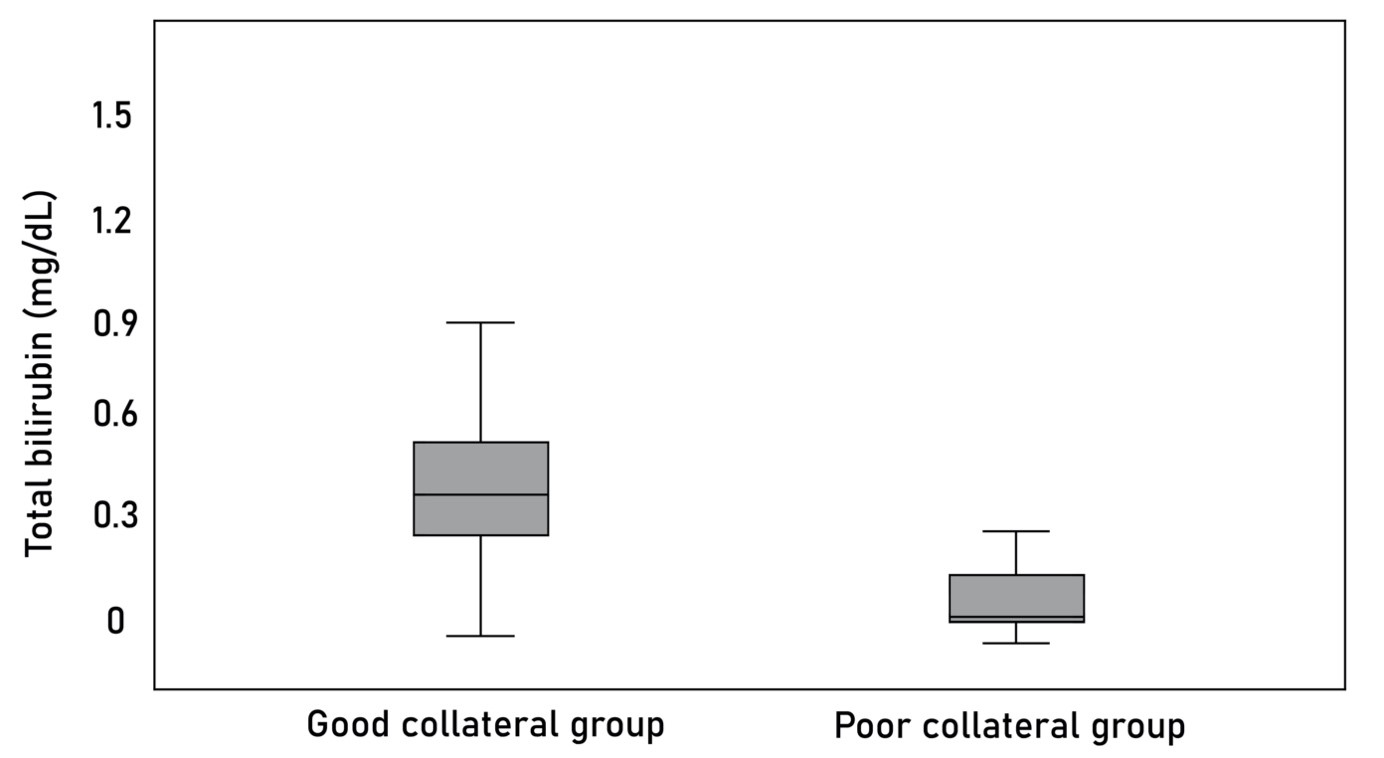 Table 3.Distribution of medications used by patients in the good collateral (GC) and bad collateral (BC) groups.

Due to their advanced age, older patients are less likely to receive invasive therapeutic interventions than younger patients. Another complicating factor is that comorbidity incidence increases with age. The coronary collateral circulation may play important coronary perfusion restorative roles in this patient group. Coronary collateral circulation development is an active process driven mainly by tissue ischemia and shear forces along the pressure gradient that develops in response to coronary stenosis, leading to the formation of new functional vessels. The process involves not only proliferation of endothelial and smooth muscle cells, and the release of several cytokines from the endothelium, it also requires growth factor expression and monocyte and macrophage recruitment [13]. Thus, it seems likely that factors affecting this whole cascade of events (e.g., oxidative stress, diabetes mellitus, hypertension, hyperlipidaemia and smoking) may impact coronary collateral growth.

In the present study, different bilirubin values were observed between the two Cohen–Rentrop grade based groups, however it must be highlighted that laboratory values for bilirubin can vary even within the same laboratory [35, 36]. We calculated the measurement uncertainty of serum Total Bilirubin and direct bilirubin levels based on the “top-bottom” approach, as defined in the Nordtest guidelines. Levels were estimated using internal and external quality control data, these values are compared with the total permissible error (TEa%) as directed within the 2019 The Clinical laboratory Improvement Amendments (CLIA). Serum total bilirubin and direct bilirubin analysis measurement uncertainty (U) were 12.18%, and 15.58% respectively in the 95% confidence interval, and these values did not exceed the 2019 CLIA% total permissible error value which is determined as 20%. Therefore, our results were within a safe range.

The retrospective design of the study, and the small sample size, are limitations of the present study. An additional limitation was the absence of data relating to the duration of chronic total occlusion of coronary vessels. Larger prospective studies are needed to establish a cause-effect relationship between bilirubin levels and coronary collateral development.

In conclusion, serum bilirubin and FPG seem to affect coronary collateral development in an elderly population with stable CAD.

All subjects gave their informed consent for inclusion before they participated in the study. The study was conducted in accordance with the Declaration of Helsinki, and the protocol was approved by the Ethics Committee of Gaziantep University with the approval number 237 in 2019.