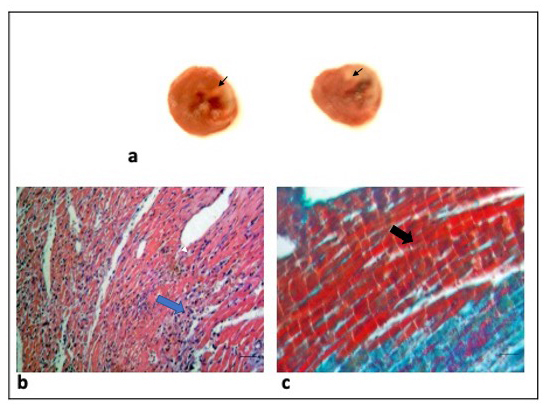 Representative heart images and histological features of the heart in HF groups (200). (a) The infarct area was located in the anterolateral region of the left ventricular anterior wall and was extended from the subendocardial region to the endocardium (black arrow); (b) Congestion, focal necrosis with inflammatory cell infiltration in HE stained slices (blue arrow); (c) Necrosis characterized by contraction bands linked by muscle fiber bridges and haemorrhage between them in MS-stained slices (black arrow).