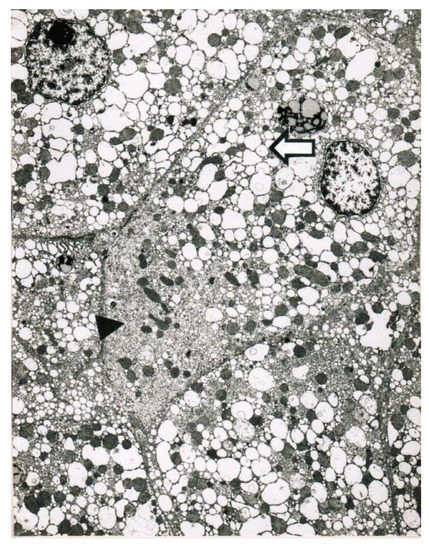 Patient with poisoning by carbon tetrachloride ingestion (50 mL) and liver tissue specimen obtained on day 14 after intoxication for electron microscopy (5200-fold magnification). Key features include a striking proliferation of the smooth endoplasmic reticulum of the hepatocyte (►) with close by injured mitochondria, and in addition to a pronounced dilatation of the smooth endoplasmic reticulum presenting as dilated cisterns (⇦). Data are from a previous open access report [235], which provides additional pictures of liver electronic microscopy from other patients.