Infertility is defined as the inability of a sexually active couple with no contraception to achieve pregnancy within one year [1]. The most important step in evaluating infertile couples and making treatment plans is to determine the etiology correctly. Tubal factors constitute 20–25% of the causes of infertility in women [2]. The fallopian tubes are serve a highly specialised essential functions in the reproductive process. The first mission, picking up an ovum when it is discharged from the ruptured ovarian follicle and transferring the ovum into the tubal lumen. The second mission of the tubes are, they provide a suitable environment for sperm capacitation and ovum fertilisation to occur, and transfers the fertilised embryo into the uterus [3].

Chromopertubation, in which hysteroscopy (HS) and laparoscopy are combined, is considered the gold standard method in evaluating the tube opening and uterine cavity [4-6]. However, research is still ongoing on an easy and simple method that can be applied in less invasive and outpatient settings. Today, hysterosalpingography (HSG), which can be used in an out-patient setting, is the most commonly used screening method for evaluation of the fallopian tubes [7]. However, recent studies have shown hysterosalpingography to exhibit a relatively low sensitivity to detect tubal patency and a high inter-observer variation in the interpretation of results [8]. In this context, studies on hysteroscopic methods are concentrated because they can simultaneously provide treatment in case of detection of pathological conditions of the uterine cavity. Undoubtedly, the most important reasons are that they are less invasive and less cost-effective [9-11]. In this study, we aimed to compare the traditionally applied hysterosalpingography in the evaluation of infertile couples and office hysteroscopy, which we think may be superior in many ways. The first is to evaluate the diagnostic capacity of hysteroscopy to evaluate tube patency compared to hysterosalpingography. Our second aim was to evaluate the uterine cavity simultaneously and to compare the results.

The study was conducted on 30 female patients aged 18–40 years who were admitted to the Çanakkale Onsekiz Mart University hospital gynecology outpatient clinic of between 2018 and 2019 due to primary or secondary infertility. The cases were evaluated prospectively.

Women under the age of 18, those who did not want to participate in the study, and those with previous uterine surgery were not included in the sample. Women with diagnosed chromosomal abnormalities that could cause uterine and ovarian anomalies were excluded from the study. Apart from these, chromosomal disorders that may cause thrombophilia and similar conditions, those with chronic diseases (such as diabetes, thyroid hormone disorders, prolactin hormone disorders) were not included in the study due to the possibility of tubal patency being affected. Except for these cases, no exclusion criteria were used.

Sociodemographic characteristics and medical history of the patients to be included in the study were obtained first, and then gynecological examinations were performed. The results of the ultrasonographic evaluation were not presented as they would not have any positive or negative effect on the purpose of the study. All hysterosalpingographic and hysteroscopic procedures were performed by the same physician. While planning the methodology of the study, a detailed literature search was conducted and an evaluation procedure suitable for our study was determined [10,12]. Both processes were performed during the late proliferative phase (10th day of menstruation). The evaluation of all results was first made by the same physician during the procedures. Then, images recorded in digital media by another physician were evaluated. Evaluation results of both physicians were the same. All procedures were performed consecutively under general anesthesia simultaneously on the same day. Since hysterosalpingography can cause spasms due to jet injection and open possible obstructions with pressure, the order of application of the procedures was as given on the side: (1) bubble-forming hysteroscopy, (2) application of methylene blue during hysteroscopy, and (3) hysterosalpingographic evaluation. Hysteroscopic evaluation was performed using 5 mm hysteroscop (Karl-Storz Endoscope) under conditions where distension medium was provided with saline. While evaluating the tubes hysteroscopically, methylene blue (10%, 0.2 mL) and bubbles were applied to near the tube openings through a 6Fr (2 mm) flexible cannula passed through the hysteroscope channel. On the other hand, water-soluble radiopaque material (Omnipaque 300 mg/mL, Opakim, Istanbul) was used in all women during HSG. And duly, radio-opaque medium was injected through the rubin cannula. The spread of this applied substance in the uterine cavity and its distribution to the abdominal cavity through the tubes were simultaneously monitored under fluoroscopy. And it was recorded digitally.

First, an evaluation of the uterine cavity for at least ten seconds was performed to allow pressure compensation before assessing the effect of air bubbling. Then the bubble evaluation phase was started. Approximately 0.25 mL of air was given very close to the tubal opening with the aid of a syringe attached to the cannula and large bubbles were formed in the uterine cavity. The observation of the passage of these large bubbles from the tube openings to the abdominal cavity was evaluated as an indicator for tubal patency. In contrast, if there is only one small (2 mm) air bubble entering the ostium, if the air bubbles only entered before pressure equalization was finished, or if air bubbles were accumulating in the uterine cavity but could not pass through the tubal opening, this was not considered an indicator of tube patency. If the air bubbles did not pass through the ostia rapidly, tubal ostia were observed for 40 to 60 seconds, considering the presence of possible temporary tubal spasms (parryscope technique) [12] (Fig. 1a,b). All these procedures were repeated separately for both tubal ostia.

Escape of the bubble from the tubal opening into the abdominal cavity.

Secondly, rhythmic movements of the tubal ostium and tubal patency were evaluated with highly concentrated methylene blue’s transport. Each tubal ostium was observed for at least three minutes to assess the transport of the dye. The transition of methylene blue from the tubes to the abdominal cavity by forming a vortex, not accumulating in the uterine cavity, was interpreted as the presence of a tubal patency. However, the dilution and invisible distribution of methylene blue in the uterine cavity was interpreted as the absence of tubal patency (Fig. 2). 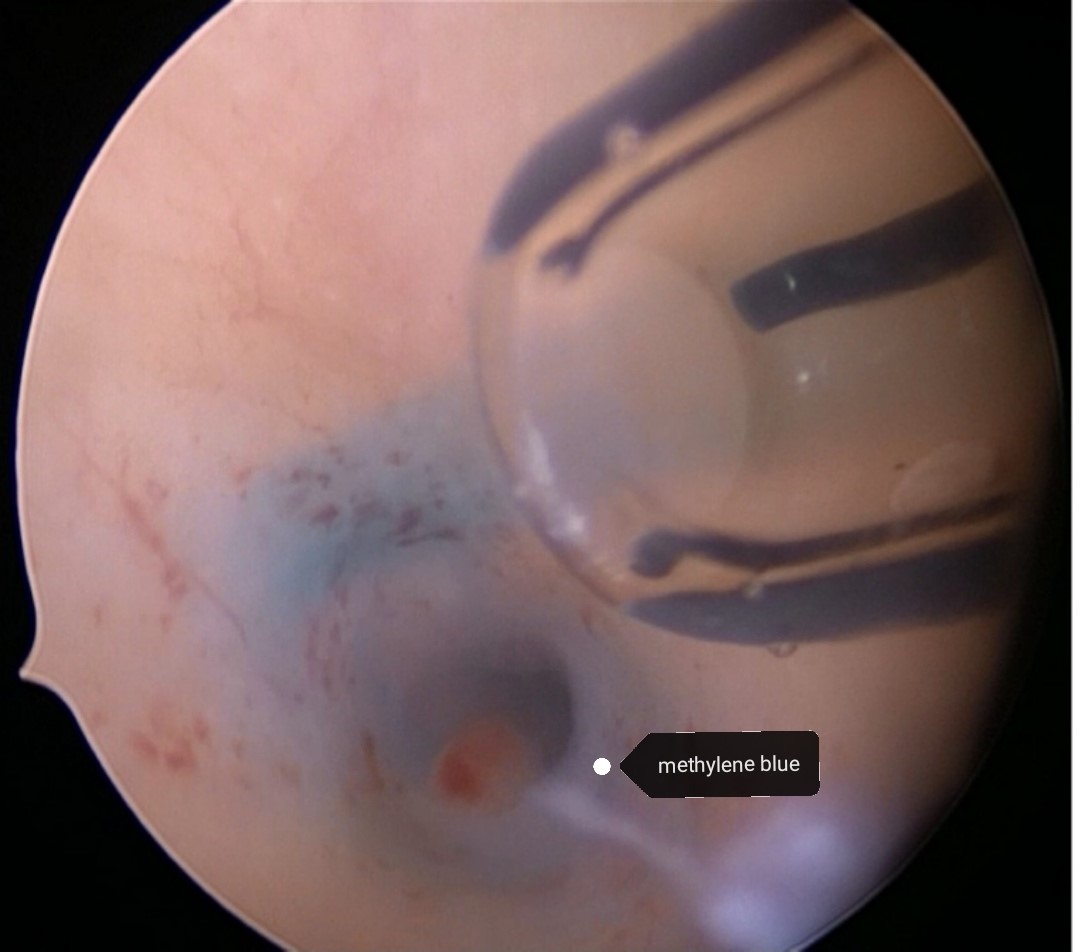 Table 3.Hysterosalpingographic and hysteroscopic cross evaluation and comparison of the tubal patency.

Table 4.Statistical evaluation of hysteroscopy and hysterosalpingography over each other in the evaluation of tubal patency.
4. Discussion

There are many methods for evaluating tubes. These methods also have many advantages and disadvantages. HSG is the most widely used method in the evaluation of the fallopian tubes and uterine cavity because of its low cost and the fact that it is a procedure that does not require hospitalization. However, of course, the gold standard method is to observe the transition laparoscopically [13].

The swirl created by the water flowing from the sink shows us that the sink drain is open. In some of the women we performed hysteroscopy we noticed that spontaneous bubbles are directed from the inner mouths of the fallopian tubes into the abdomen. Likewise, we observed that the liquid mixed with blood also formed a whirlpool at the same points and directed towards the inside of the abdomen. Inspired by this events, we formed the basis of our work.

Duraker et al. [14] compared laparoscopic chromopertubation and hysterosalpingography in terms of tubal patency. According to their results, while no tubal pathology was observed with L/S in 61.2% of patients who were diagnosed as unilateral tubal occlusion in HSG, this ratio was 51.2% in patients with bilateral tubal factor.

A meta-analysis compared hysterosalpingography with laparoscopic chromopertubation, which is the gold standard method for the evaluation of fallopian tubes, and reported the sensitivity of hysterosalpingography to show tubal passage as 65% and specificity as 83% [15,16]. While this is the case, although the power to evaluate the passage through the fallopian tubes is not as much as laparoscopic chromopertubation, it is considered that it does not change the planned treatment methods by 95% [17]. And therefore the reference test for evaluating the fallopian tubes in our study was accepted as hysterosalpingography and the statistical evaluation was performed. This situation of course creates a limitation for our study and affects the generalizability of the results we obtain. Another limiting factor may be the sample size of the study. On the other hand, although the power analyzes required for the number of samples were performed and the lowest number of cases required to be evaluated was determined as twenty, thirty cases (sixty tube) were included in the study, but this number may also be insufficient in terms of generalizing the results. Alternative methods to HSG have been tried to be developed for years. However, studies on the evaluation of tubal patency by hysteroscopy are very limited in the literature [18,19]. It is a known fact that hysteroscopy is the gold standard method for detecting lesions related to the uterine cavity [20]. Therefore, in our study, we did not evaluate the power of hysteroscopy to detect lesions in the uterine cavity. We presented the results we obtained on this subject as a table in order to make comparisons only and to better understand the superiority of the method by providing subject integrity. In our study, just like the others, the superiority of hysteroscopy was once again emphasized because it also enables the treatment of detected pathologies [20,21]. Parry et al. [22] measured the ability of office hysteroscopy to evaluate the tubal patency using the Parryscope technique. They reported that with the use of small-caliber (3 mm) flexible hysteroscopes, it is possible to obtain very high accuracy results by avoiding excessive distension and preventing the occurrence of spasm. They found that office hysteroscopy has 98.3%–100% sensitivity and 83.7% specificity for tube occlusion when applied according to the procedure. They suggested that office hysteroscopy can evaluate the patency of the tube accurately and quickly with this method. And they reported that it is a promising technique for evaluating fertility rather than HSG [22]. Although we could not compare hysteroscopy with laparoscopic chromopertubation, which is the gold standard method [23], our results show that hysteroscopy provides similar and even better results with hysterosalpingography in the evaluation of tubes. On top of that, considering the obvious advantage of hysteroscopy over hysterosalpingography, as shown in previous studies, in the evaluation of the uterine cavity, its benefit is further increased.

All subjects gave their informed consent for inclusion before they participated in the study. The study was conducted in accordance with the Declaration of Helsinki, and the protocol was approved by the Ethics Committee of Canakkale 18 Mart University Scientific Research Ethics Committee: 15.11.2017 / 2017-18 (2011-KAEK-27/2017-E.98469).

Escape of the bubble from the tubal opening into the abdominal cavity.