Hormonal contraceptives are widely used in birth control and menopausal symptom management. Use of oral contraceptives (OCs) confers protection against ovarian cancer development in the general population of women [3]. Similar results were also found among women who carry BRCA mutations in which long-term oral contraceptive use could reduce their risk for ovarian cancer [4, 5, 6]. The relationship between OC use and breast cancer risk is highly debated. In 2002, a study interviewed 5982 eligible women showed that current or former oral contraceptive use was not associated with a significant increase in risk of breast cancer [7]. In 2017, a study of 1.8 million women found that the risk of breast cancer was higher among women who currently or recently used any type of OCs, the absolute increase in risk was actually very small [8]. Recent scientific data equivocally support that breast cancer risk is slightly increased among OC user women, especially in current users [9]. BRCA1 and BRCA2 gene mutation carrier women are at increased risk of breast and ovarian cancers, which is in correlation with the defective ligand activation of their estrogen receptors (ERs). BRCA mutation carriers usually experience clinical signs of deficient estrogen function or reproductive failure, while they have compensatory increased serum estrogen levels. In women with BRCA1 mutation, ever use of OCs was in correlation with a slightly increased incidence of breast cancer [10]. The presented meta-analysis study was conducted to evaluate the correlation between OC use and breast cancer risk among women carrying BRCA mutation.

A systematic search strategy was used to identify relevant studies. All study titles identified by search strategy were assessed for relevance separately by two authors. PubMed and Embase search was performed to identify putative studies reporting use of contraceptives in subjects at increased clinical risk for BRCA mutation positive population. The search was conducted up to May 2020. Search terms that were included were: “BRCA mutation” or “BRCA carrier”, “oral contraceptives”, “breast cancer” and “clinical risk”. Full texts were downloaded and selected based on its potential relevance. Where there was uncertainty or disagreement on the eligibility of a study or trail, the matter was discussed between the two professors of the department to reach consensus.

(1) Study should contain the information regarding an estimate of the relative breast cancer risk in BRCA mutation carriers with oral contraceptives, that only included premenopausal women.

(3) In case of multiple research on the same population in the same clinical center, we included the most recent informative report.

Stata (version 15) was used for meta-analysis, Begg’s and Egger’s test. Between-study heterogeneity was assessed by Chi-square test and was expressed by I index. When I 35%, we considered it as heterogeneity and used random effect (I–V heterogeneity). When I 35%, fixed effect was used. It was considered a higher risk when observed hazard ratio (HR) 1 for oral contraceptive group. This impact of oral contraceptives on breast cancer risks in BRCA mutation carriers was considered with statistical significance if the combined HR and its 95% CI didn’t overlap 1. 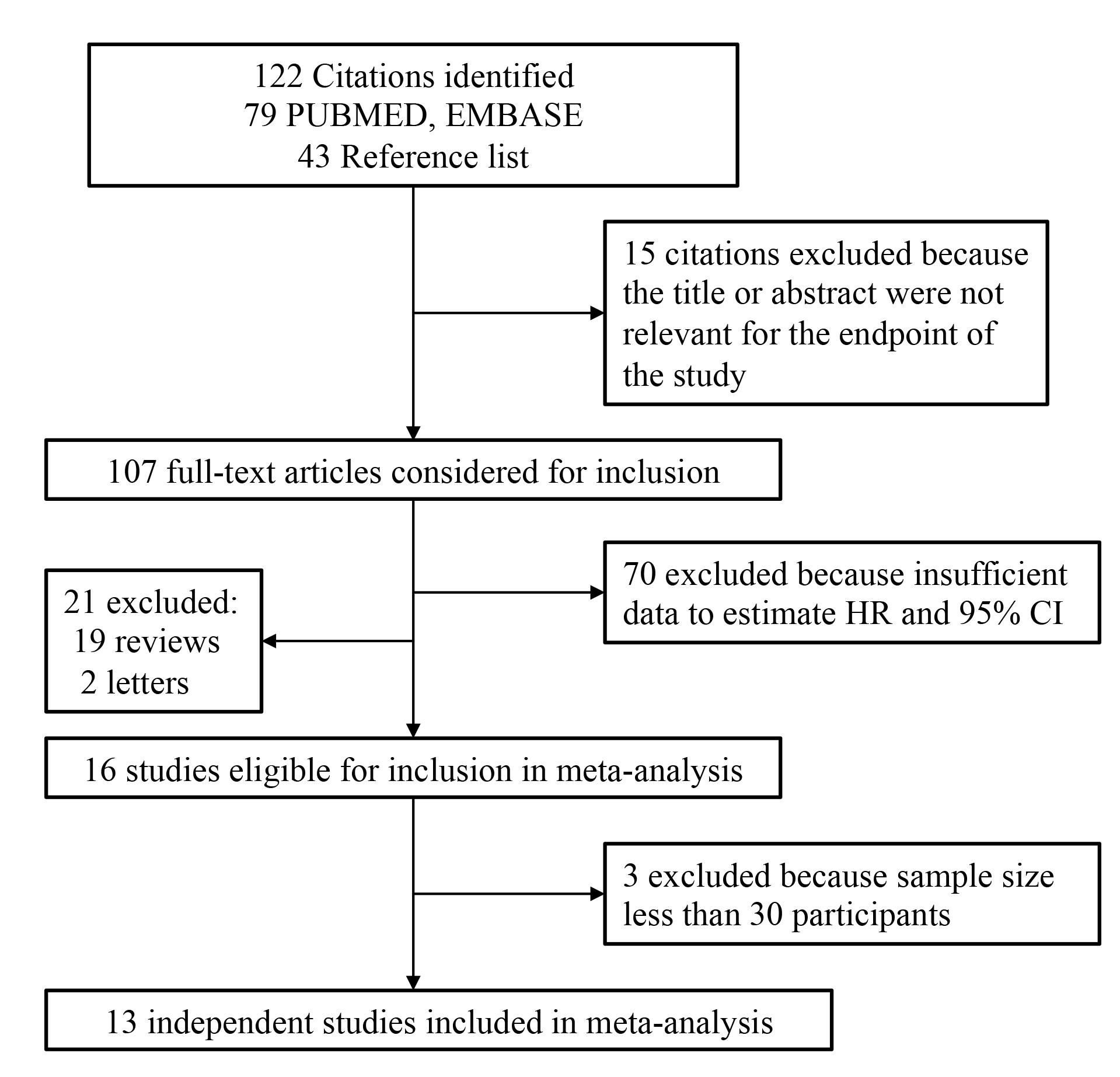 Table 1.Studies included in the meta-analysis of combined oral contraceptive use on risk of breast cancer in BRCA mutation carriers. 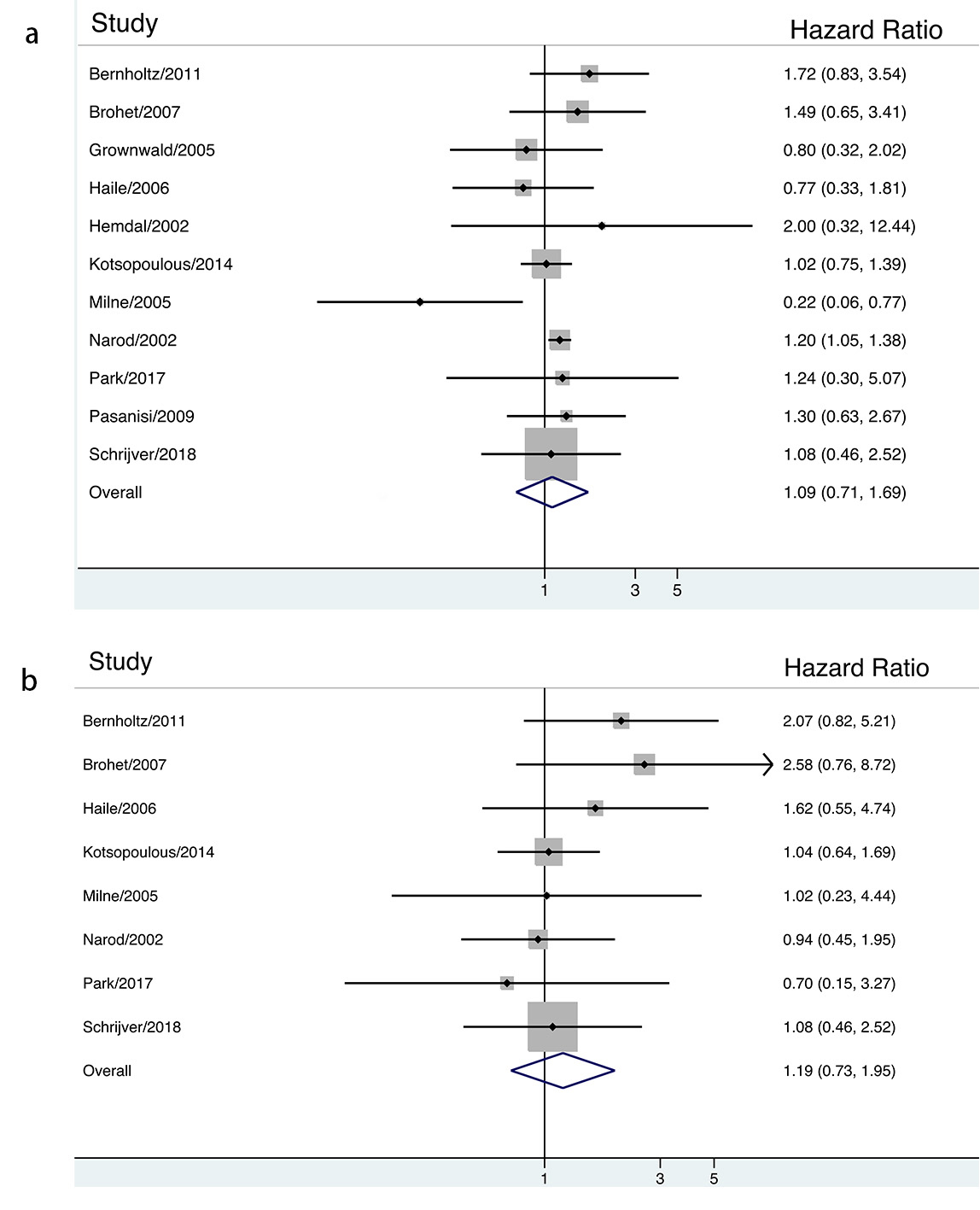 The association between ever contraceptives use and risk of breast cancer in BRCA mutation carriers stratified by HR estimation. 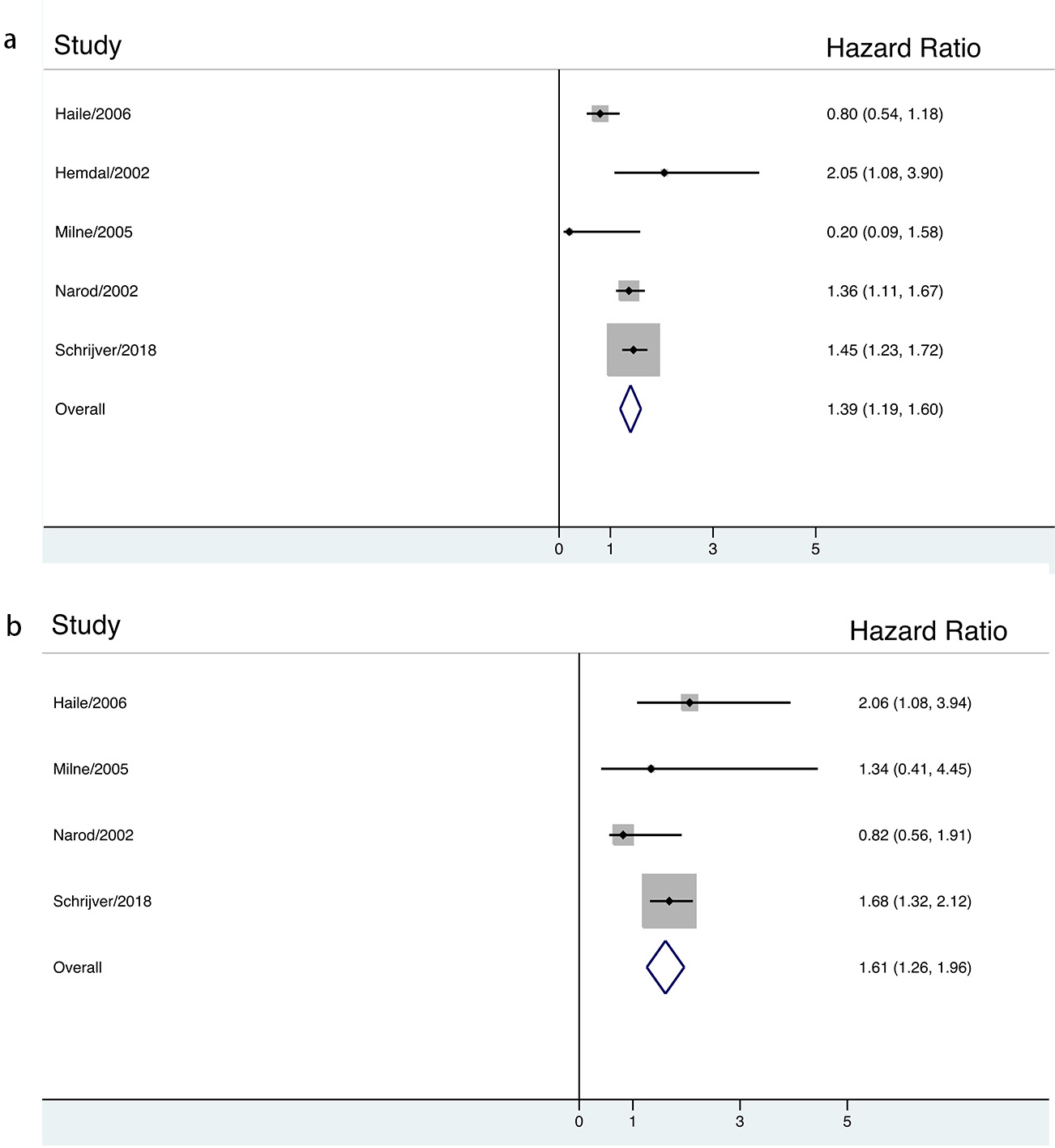 The association between long-term contraceptives use and risk of breast cancer in BRCA mutation carriers stratified by HR estimation.

OC use is the most common, effective and reversible contraceptive means worldwide, which significantly decreases the personal unintended pregnancy. Moreover, use of OC also has important non-contraceptive benefits such as regulating dysmenorrhea and irregular vaginal bleeding. However, it is not absolutely safe. Currently, pharmaceutically developed ethinylestradiol (EE) can be found in almost all combined forms of OCs being widely used in medical practice [26]. OC apparently works well by inhibiting the unintended pregnancy; however, in certain cases it may induce serious effects. In OC user women, complications such as venous thromboembolism, stroke and coronary heart disease were frequently reported [27]. OC use is especially dangerous for women with metabolic syndrome, type-2 diabetes and hypercholesterolemia [28]. OC use also showed ambiguous correlations with cancer risk at different sites; increases the risk of overall breast cancer and cervical cancer, while significantly reduces endometrial and ovarian cancer risks. These complications and adverse effects suggested that EE, the estrogenic component of OCs is not a direct activator of ERs but rather it is a partial inhibitor [29]. OC induced deregulation of ERs lead to an increased risk for the defect of cellular glucose uptake. It was established that no organ maybe free from the damaging effects of OCs [28]. In contrast, in menopausal hormone therapy (MHT) synthetic and natural estrogens were prescribed as well as their combinations with synthetic progestins. Synthetic hormone use resulted in a chaos of quite controversial clinical experiences concerning the risks for arterial and venous thromboembolism and for cancers of breasts and endometrium [29]. Analysis of the effects of specific MHT types justified that horse urine derived conjugated equine estrogens (CEE) without synthetic progestin is a highly protective formula against breast cancer and all other diseases endangering the health of postmenopausal women [30]. In conclusion, the use of synthetic hormone may be blamed for the false belief that even endogenous estrogen concentrations may deregulate ER signaling and drive cancer development.

The presented results justify that in BRCA mutation carrier women with defective liganded ER activation, the use of synthetic estrogens means an additive factor for ER deregulation further increasing the risk for breast cancer. Long term OC use in BRCA mutation carriers results in a significantly increased development of breast cancer via exhausting the compensatory processes of genomic machinery.

There could be few possible limitations in our meta-analysis. Firstly, even though we attempted to minimize publication bias by improving our search strategy, there was no doubt that the results obtained are significant and are more likely to be published. Secondly, the usage of oral contraceptives in terms of study format was different, which should also be taken into consideration. Thirdly, between-study heterogeneity was significant in our analysis, and elimination of the variability was not always possible.

In conclusion, our meta-analysis shows that long-term use of oral contraceptives might significantly increases breast cancer risk among BRCA mutation carrier women. Thus, owing to the clinical importance of OCs, we consider that use of oral contraceptives comprising synthetic hormone may cautiously be recommended for women having no inclination to metabolic alternations, hepatic diseases or clotting disorders and only for short term use. Women with inherited familiar inclination to breast cancer including BRCA mutation carriers should select another, safety method for contraception. In menopausal hormone therapy (MHT), synthetic hormone use is also a health risk. For postmenopausal women, hormone schedule with natural origin may be recommended. In the future, the pharmaceutical industry should develop new OC types comprising safety hormone components having no health risk for either OC or MHT user women.

QW designed the meta-analysis. HLP and XRQ performed the literature search and data extraction. All the authors reviewed the potentially relevant articles. HLP and QW analyzed the data. HLP drafted the manuscript. QW did the revision. All authors approved manuscript final version.