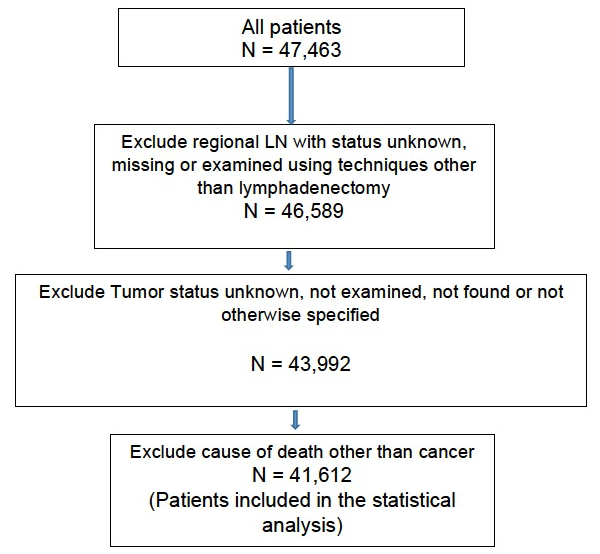 Algorithm showing the process of patient selection for the statistical analysis from the SEER data set. The total number of patients included as well as those who were excluded according to the inclusion and exclusion criteria are thoroughly depicted.

1 of 3
Cancel
Save
Share
Copy
Cancel
Save
Model Title
Cancel
Save
Share
Back to top
Clin. Exp. Obstet. Gynecol. Print ISSN 0390-6663 Electronic ISSN 2709-0094
Disclaimer
We use cookies on our website to ensure you get the best experience. Read more about our cookies here
Accept